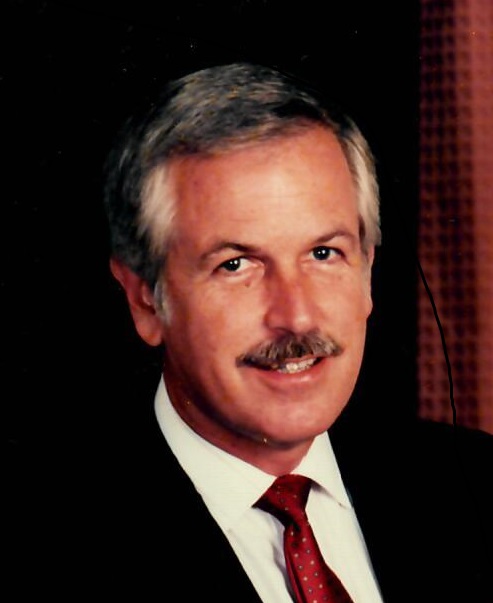 Haley Newman–Everette Hale Newman, III—age 80 of Yorktown, Virginia, left this Earth on July 9, 2018 after a long illness. His devoted wife, Peggy, was by his side.

As his brother Walt noted, “Great things happen to great people when they move from this life…How lucky those folks in Heaven are.”

Born on November 4, 1937 in Portsmouth, VA, he is the son of Everett Hale Newman, Jr. and Evelyn Naomi Moore Newman of Eclipse, VA (in Suffolk).

He grew up in Eclipse, a fishing community, with boats and swimming as part of daily life. While living there, he attended Ebenezer Methodist Church.   In his adulthood he attended Oakland Christian Church in Chuckatuck, VA, where several of his minister great-uncles had preached from the pulpit.

A life-long sports fan, he loved athletics.  His favorite college sports teams were any associated with the University of Virginia. He was unmatched in his ability to cite team and player statistics, as well as the life stories of specific players.  He was also partial to any team affiliated with the Atlantic Coast Conference of the NCAA.

At the age of 18, Haley became the youngest licensed real estate salesman in the Commonwealth of Virginia.  For the past few decades, he was President and CEO of FCR Group in Williamsburg.  He was a real estate developer and local Presidential and Civil War historian, perhaps best known for his creation of Presidents Park and Water Country U.S.A., in Williamsburg. As his 14 year old granddaughter Ashley observed, through these efforts he brought joy and love of history to countless thousands of children and families everywhere.

He is remembered as a man of honesty and integrity, the ultimate gentleman who shunned rancor and grudges.  He had mastered the art of friendly disagreement, an unfailing optimist who could see possibilities and good everywhere.  He lived by the phrase “…with malice towards none, with charity for all…” from Lincoln’s Second Inaugural, his favorite Presidential Address.

While engaged in serious matters, he was like his dad in that he never missed an opportunity to tell a joke. Even in the most difficult of physical circumstances, he could not resist making people laugh.

He is predeceased by his parents and his grandson Benjamin Hale Newman.

The family requests that in lieu of flowers, a donation in Haley Newman’s name be made to A Gift From Ben, 3526 Governor’s Landing Road, Williamsburg, VA, 23185.

To leave a condolence, you can first sign into Facebook or fill out the below form with your name and email. [fbl_login_button redirect="https://vacremationsociety.com/obituary/6088-2/?modal=light-candle" hide_if_logged="" size="medium" type="login_with" show_face="true"]
×