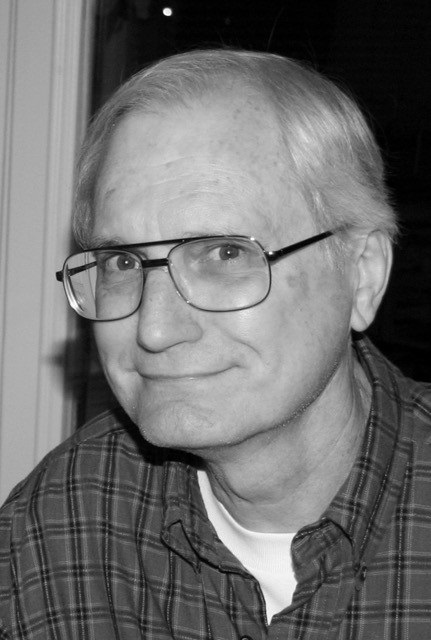 Alex W. Enesey Jr., 68, passed from this life onto the next April 5, 2016, after a courageous battle with cancer that had returned from its onset 10 years ago. He died peacefully at his sister’s home, under the round-the-clock care of his two beloved daughters who have always been the center of his life.
Born Dec. 7, 1947, in Detroit, Mich., as the only son of a Navy family headed up by the late Margaret and Alex Enesey Sr., young Al was widely traveled. In 1965, he graduated from Forrest Sherman High School in Naples, Italy. He served four years in the U.S. Navy, lived and worked in Michigan for a few years and went on his cross-country trip of a lifetime (known as the grand adventure) before settling down in Virginia Beach where his parents had bought a home after returning to the States from Italy.
He attended Old Dominion University and worked at its Computer Center for several years before earning his bachelor’s degree in computer science. From there, Al joined VT Milcom and retired as a network administrator after almost 25 years with the company.
Known as Grandpa Owl to his favorite girl in the world, Hannah, wacky ol’ Uncle Al to his nieces and nephews, and AJ FruitMoose to his computer contingency, Al loved telling his stories that went on forever and spared no detail, a trait he credited to his photographic memory. He was a collector of many, many things, including records, stamps, coins and guns.
An avid moviegoer when he was robust and healthy, Al regularly took his daughters and granddaughter to the theater. In his last few months, he mostly settled for watching movies on the semi-big screen in the comforts of the family room, with old black-and-whites his favorite. He loved listening to his record collection, visiting museums and enjoying the competitiveness of cribbage, as well as other games. He also appreciated learning about things, from science and history to nature and trivia, and had a penchant for all things Disney. His favorite sport was bowling but he also enjoyed watching football on TV and rooting for his #1 daughter’s team, the Redskins. Above all he cherished time with his three girls – Chrissy, Kimmy and Hannah.
Although fiercely independent and private, Al was a firm believer in the importance of family, and was a devoted son, father, grandfather and uncle, as well as a doting big bother, er, brother. He had a great sense of humor that never let up (he would have thought that was funny), and kept us chuckling until the end. Al was committed to his way of doing things and always believed in doing the right thing. He was wise, caring and honest, and loved us all unconditionally. The feeling was mutual.
Al is survived by his oldest daughter, Christina Enesey (#1); his youngest, Kimberly Enesey Black (#2), her husband, John, and her daughter, Hannah; his sister, Sandy, and her husband, John Shrum; and his sister, Stacey, and her husband, John Klemenc, as well as an assortment of nieces and nephews.
A service and Mass will be held at 11 a.m. Wednesday, April 13, at St. Nicholas Catholic Church, 712 Little Neck Road, Virginia Beach, with interment and a reception immediately following. In lieu of flowers, memorial donations may be made to Hope House Foundation, 801 Boush St., Suite 302, Norfolk, VA 23510.

To leave a condolence, you can first sign into Facebook or fill out the below form with your name and email. [fbl_login_button redirect="https://vacremationsociety.com/obituary/alex-w-enesey-jr/?modal=light-candle" hide_if_logged="" size="medium" type="login_with" show_face="true"]
×