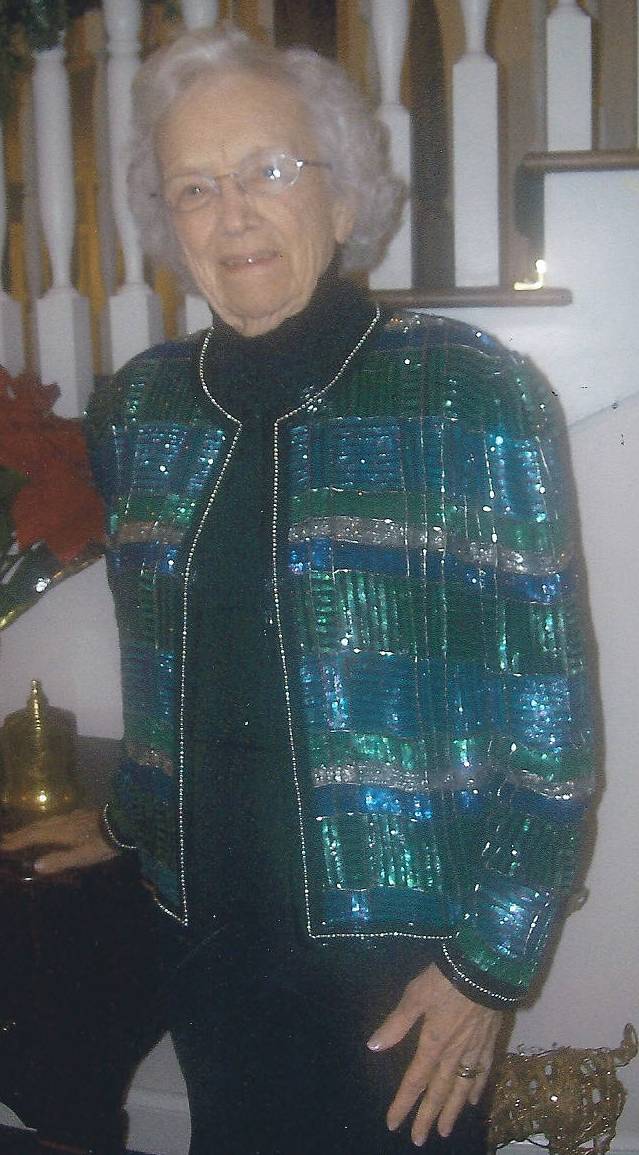 VIRGINIA BEACH – Alice Mahannah VESELY, 88, of Virginia Beach VA, beloved mother, grandmother, great-grandmother, sister and friend, passed away at home surrounded by family on February 27, 2011, after a brief illness following a brain aneurysm. She was born January 2, 1923, in Hartford CT to the late Harold Frederick and Mabel Olive Smout Mahannah. She was predeceased by her husband, William J. Vesely, and by her brothers, Ray W. and Harold Mahannah.

Alice served in the US Navy in 1943 until her honorable discharge in 1944, and was based at NAS Lakehurst NJ as an Aerographer’s Mate. There she met her future husband Bill, also a Navy aerographer and they married in 1944. After attending college at Colgate and Bill’s graduation from Yale Law School in 1951, the family moved to Cleveland OH, where they remained for 25 years. Alice completed her college studies at UMass Boston and received her BA degree from there in 1979. In 2003 she became a resident of Atlantic Shores, an active adult retirement community in Virginia Beach. She especially loved entertaining with her extended family at her beach home on the Outer Banks of North Carolina.

Alice was a wise, wonderful, fun-loving, active woman and a loyal friend to all who knew her. She also will be remembered as a caring, compassionate and generous person. Among her many interests she was active in a variety of charitable causes, particularly those that benefited children, youth and families. She worked and volunteered with mentally ill adults and children, affordable housing, hospitals, Girls Clubs, CASA and food banks in Cleveland OH, Gainesville FL, Boston MA and in Williamsburg and Virginia Beach VA. Alice also was active in Democratic politics in Cleveland and Gainesville. We shall deeply miss her warm and loving presence among us.

The family will host a memorial reception for her relatives and close friends at 1 pm on April 1, 2011, in the Main Dining Room at Atlantic Shores. Remembrances may be sent to the family at [email protected] In lieu of flowers, donations may be made in her name to the Boys and Girls Club of Southeast Virginia, 3415 Azalea Garden Rd., Norfolk VA 23513 tel. 757-853-5632. Online condolences may be expressed at www.cremate.org.

To leave a condolence, you can first sign into Facebook or fill out the below form with your name and email. [fbl_login_button redirect="https://vacremationsociety.com/obituary/alice-mahannah-vesely/?modal=light-candle" hide_if_logged="" size="medium" type="login_with" show_face="true"]
×