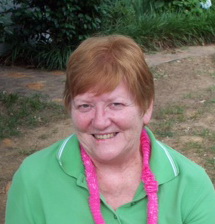 Ann H. Calder, (75) of Virginia Beach, passed away on 6 January, 2017. She is survived by her sons Donald W. Calder, Jr and wife Wendy, Gregory H. Calder and wife Danielle, Robert A. Calder and wife Elizabeth, as well as her grandchildren Macy, Donald W. III, Heather, and Hugh.
Ann Calder graduated from Virginia Beach High School and attended the Medical College of Virginia where she received her Nursing Degree. She was married for 51 years to Donald W. Calder Sr. who passed away on Dec 15, 2016.
Mrs Calder touched the lives of many people and is really survived by a multitude of folks that she considered Sons and Daughters. The Patrick Girls, Roger Bullock, Curtis Consolvo, Curtis Goettel, Jeffery Thatch, and Scott Shean are just a few of the many that had a special place in her heart.
Her family thanks the Sentara Hospice Staff along with Francine and Ruby who became part of Ann’s family in the last year of her care.
Ann Calder loved the Lord and accepted his son Jesus Christ as her savior. Ann looks forward to being reunited with you all in Heaven.

To leave a condolence, you can first sign into Facebook or fill out the below form with your name and email. [fbl_login_button redirect="https://vacremationsociety.com/obituary/ann-h-calder/?modal=light-candle" hide_if_logged="" size="medium" type="login_with" show_face="true"]
×