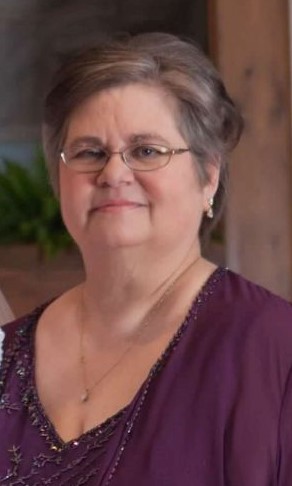 Ann was born to John Miller Sr. and Betty Miller and was a graduate of Old Dominion University with Bachelor’s degrees in Biology and Medical Technology.

Ann was born in Portsmouth, VA and spent her childhood moving around the world with her parents and brothers (Michael and John IIII, or “J”, as he’s affectionately known) thanks to her father’s Navy career. When John retired, they settled in Norfolk, VA where Ann finished school and attended ODU. She met the love of her life, David Blood, in 6th grade Spanish class, and the two finally started dating in college after David wisely spent many years chasing her. They were married in 1980 at Avalon Church of Christ in Virginia Beach and had their daughter, Rachel in 1985. Ann spent her career as a Medical Technologist for Bon Secours Hampton Roads Hospitals and managed the Blood Bank/Serology labs for 3 of their hospitals. She retired in 2012 and she and David spent the rest of their lives side by side.

David passed away on November 14, 2022, and it was apparent that these two souls were meant to stay together. Just 1 month to the day after David’s unexpected passing, Ann was admitted to the hospital, where she was able to join him with their Heavenly Father just 2 days later. She is predeceased by her mother, Betty Taylor, with whom she is reunited with in Heaven.

Ann is survived by her father, John Miller, her daughter, Rachel Shackelford (Will), and her 2 brothers Michael Miller (Hilda) and John Miller III (Laura). She was the loving aunt to Matthew and Elizabeth Miller and the irreplaceable, loving Gran to Corinne (8) and Lena (6) Shackelford.

Ann was the most diplomatic, kind, generous, and gentle soul to ever exist. She has set the bar high for her daughter, who aspires to emulate Ann’s compassion and leadership and do everything she can to make her parents proud.

Ann was adamant that she did not want a funeral or memorial service, and her family will honor her wishes. She will be cremated and placed beside her forever love, David, at Woodlawn Memorial Gardens in Norfolk, VA. In lieu of flowers, please show kindness to one another in your day to day lives.

To leave a condolence, you can first sign into Facebook or fill out the below form with your name and email. [fbl_login_button redirect="https://vacremationsociety.com/obituary/ann-r-blood/?modal=light-candle" hide_if_logged="" size="medium" type="login_with" show_face="true"]
×