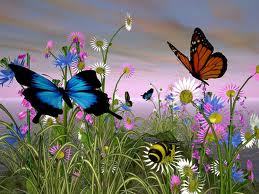 Virginia Beach – Arlene Cameron Lewis, 79, went home to be with her Lord on Thursday, November 7, 2013. She was born in Schumacher, Ontario Canada to Gordon Glennwood Cameron and Arlene Last Cameron.
The Cameron’s came to the states in 1946 and Arlene later became a US citizen. She graduated from Great Bridge High School in the 50’s. She worked for National Airlines and then met Charles Lewis Jr through her brother Glen Cameron. Charles and Arlene made their residence on the family farm in Blackwater for 58 years. Arlene has been a member of Blackwater Baptist Church since the 60’s and Charles and Arlene were one of the first families that former, now deceased, Pastor Ralph Horn baptized. Through her life Arlene had many past times. She was a skater in Canada, card player, painter, crafter, banner maker, seamstress, knitter, carpenter, musician, hunter, and all around Super person to be around.
Left to cherish her memory are husband for 58 years Charles W. Lewis, Jr, Daughter, Jennifer Lewis, Son & Daughter-in Law, Andrew and Deanna Lewis of Alabama, Granddaughter, Christine Lewis, Grandson, Nathan Lewis, Brothers, Glen Cameron and his wife Shirley of Roanoke Rapids, NC, Gordon Cameron and his wife Pamela of Blowing Rock, NC, Sister, Sandra Williams and her husband Donald of North Fort Myers, FL. and numerous nieces and nephews and several great nieces and nephews.
A memorial service will be held on Saturday, November 16 at 11:00am at Blackwater Baptist Church located at 6000 Blackwater Road Virginia Beach, Va. 23457. Graveside burial and family visitation immediately following service. In lieu of flowers, memorial donations may be made to Blackwater Baptist Church. Cremation Society of Virginia is handling the arrangements. Online condolences may be expressed to www.cremate.org

To leave a condolence, you can first sign into Facebook or fill out the below form with your name and email. [fbl_login_button redirect="https://vacremationsociety.com/obituary/arlene-c-lewis/?modal=light-candle" hide_if_logged="" size="medium" type="login_with" show_face="true"]
×