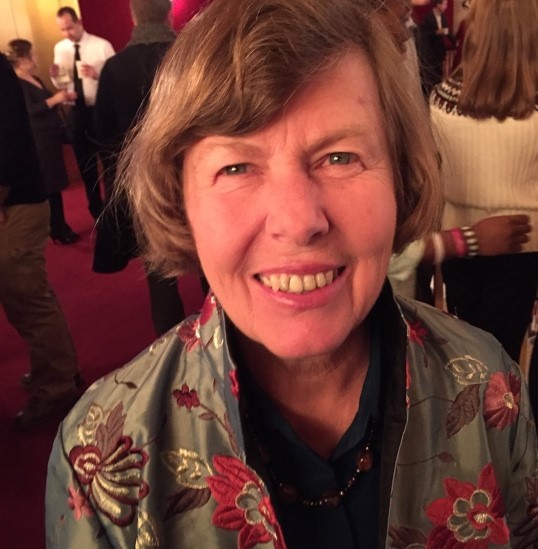 She died July 17, 2022 after more than a dozen years of gently but stubbornly yielding to Alzheimer’s Disease. Her passing was incredibly peaceful in the presence of her family.

Born Barbara Hope Berquin in Richmond on Jan. 31, 1939, she was the daughter of John and Bessie Berguin. She graduated from Hermitage High School in 1957 and attended Westhampton College of the University of Richmond.

On a trip to New York with Grandma Clara Berguin in the summer of 1958 she met Paul Clancy and fell in love with that exciting city. The following year she moved to New York and got a job she loved with the New York Public Library’s Jackson Square branch. She found a great place to live at the Milbank House, a women’s residence on West 10th Street where she made a number of lifelong friends. While there, she nurtured a huge range of interests, especially theater, the opera, folk music, and books, but also including trips upstate for skiing, mountain hiking and classical concerts. She took courses at Queens College and sang soprano in the choir.

On September 17, 1960, she and Paul were married at Emmanuel Episcopal Church in Richmond. It was the beginning of nearly 62 years of marriage. They’ve lived in Forest Hills, N.Y., Columbia, S.C., Charlotte, N.C., Reston, Va., and Norfolk, Va.

Barbara’s love of children found expression at St. Anne’s Episcopal Church in Reston, where she helped establish and run Common Ground Child Care Center. She also sang in the church’s choir. After moving to Norfolk in 1994, she returned to her first career, working for Norfolk Public Library.

Her father was born on a homestead in South Dakota; her mother on a farm near Louisa, Virginia. The family farm, “Belfast,” dating back before the Revolutionary War, was a favorite gathering place for large, joyful family reunions.

Besides having a passion for books, she learned and mastered the ancient arts of weaving and dulcimer playing. She had an almost encyclopedic knowledge of the natural world, especially wildflowers and birds. Going on wildflower and birdwatching walks were much more exciting than staying home. She knew just enough about cell phones and social media to avoid them.

She found it far more interesting to strike up a conversation with neighbors, especially easy-going folks with stories to tell. She loved those stories! Far more stimulating to take long bike rides and canoe trips with Paul and friends than any amount of screen time. Vacations in Chincoteague always meant loading the car with a canoe on top and two bikes in back. There was never any question about packing binoculars.

She had a gift of unquestioning empathy, serving as both Stephen Minister and Healer, one who led others in prayer, at Christ & St. Luke’s Episcopal Church in Norfolk.

A celebration of life service will be held on August 20 at 11 am at Christ & St. Luke’s. Her family gratefully acknowledges any gifts that might be sent in her honor to the church at 560 W. Olney Road, Norfolk, VA 23507.

To leave a condolence, you can first sign into Facebook or fill out the below form with your name and email. [fbl_login_button redirect="https://vacremationsociety.com/obituary/barbara-b-clancy/?modal=light-candle" hide_if_logged="" size="medium" type="login_with" show_face="true"]
×