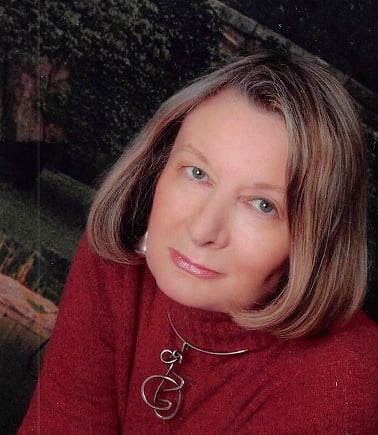 On Wednesday, March 22, Beverly Kirwan Levinson, a resident of James City County, Virginia and intrepid world traveler, began her final journey to destinations unknown.
The beloved daughter of John Tenison Kirwan and Gladys Smith Kirwan, Beverly was born October 17, 1941, in East Providence, Rhode Island. She attended the Lincoln School in Providence from grades 1-12. Upon graduation she matriculated to the University of Pennsylvania, later transferring to the University of Rhode Island where she met her future husband. In 1962 Beverly was wed to John DiBattista and the two began their life together in Hampton, Virginia, where John worked as an Aeronautical Engineer for NASA and Beverly was a homemaker. After starting her family, Beverly returned to college, attending William and Mary were she earned a B.A. degree in Sociology. Later she attended Old Dominion University, earning her Masters in Social Work.
In 1983 Beverly married David J. Levinson, a renowned art photographer and instructor at Thomas Nelson Community College, welcoming his two sons, Danny and Joey, into her family and her heart. David predeceased Beverly in 2001.
Beverly worked for a number of years at Hampton Social Services and later for the Hampton Community Services Board as an L.C.S.W. retiring in 2006 to continue pursuing her passion for travel and creating art. Making unique jewelry and “spirit dolls” from found objects from around the world as well as one-of-a-kind wearable fiber art pieces, Beverly became a fixture in the Tidewater Arts scene. Beverly also took the time to nourish her love of music of all kinds. An annual subscriber to the Virginia Symphony concert series, she also loved Jazz, Blues and Classic Rock. She was a member and served as Secretary of the Natchel’ Blues Network here in Tidewater. Beverly was a member of the Peninsula Gem and Mineral Society for many years.
Left to hold her in their hearts is her life partner of many years, Bill van Elburg of James City County, her children, Mark DiBattista (Wendy Haley) of Jackson Heights, Queens, NY, Jill DiBattista (Robert Frazier) and grandsons, Ian and Sean Frazier of Virginia Beach, Virginia, Danny Levinson (XiangJi)of Hong Kong, Joe Levinson (Judy) of Chengdu, China, and the many dear friends she made over the years, both at work and play, and especially at Williamsburg Unitarian Universalist Church. Beverly’s “Fur Babies”, Paloma and Tommy, also miss their Mommy greatly.
In lieu of flowers, those who wish to do so are asked to make a donation in memory of Beverly to either the Heritage Humane Society of Williamsburg or Hospice House of Williamsburg.
A memorial service celebrating Beverly’s life will be held at Williamsburg Unitarian Universalist Church on Saturday, April 22 at 4 PM. Cremation Society of Virginia assisted with arrangements

I Think of You

To leave a condolence, you can first sign into Facebook or fill out the below form with your name and email. [fbl_login_button redirect="https://vacremationsociety.com/obituary/beverly-kirwan-levinson/?modal=light-candle" hide_if_logged="" size="medium" type="login_with" show_face="true"]
×