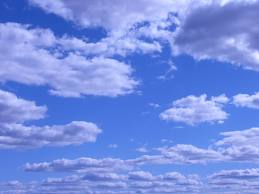 Virginia Beach – Charles Russell Miller, 97, died peacefully on Sunday, January 13, 2013, in Virginia Beach. Born in Norwood, Massachusetts, the son of Charles Miller and Ida-Mae Hannett, he earned a Bachelor of Science degree in Ship Operation from MIT in 1936. During World War II, as a First Lieutenant in the Army Transportation Corps, he served aboard Liberty Ships in the Atlantic and Mediterranean, sailing from Hampton Roads as a cargo security officer. Russ Miller worked for many years as a marine insurance underwriter with the Atlantic Mutual Companies in Boston and New York, before retiring to Fryeburg, Maine in 1973. There he and his wife Janet were founding members of the Unitarian Universalist Fellowship of the Eastern Slopes. He was president of the Fryeburg Historical Society and secretary of the Kiwanis, was active at the Gibson senior center and in the AARP chapter, volunteered at hospitals, and was an original participant with the Bi-Centennial Dancers. He enjoyed mountain hiking and was a life member of the Appalachian Mountain Club. His wife of 55 years, Janet Parker Boyle, predeceased him in 1996. He is survived by his son Christopher Miller of California and daughter Cynthia Edmondson R. Leon of Virginia Beach; grandchildren, Karyn Shackley David and Keith Brown; great-grandchildren, Lauryn and Emily Shackley; and niece, Charlotte Erickson. A memorial service is planned for a future date in Tamworth, New Hampshire. Cremation Society of Virginia is handling the cremation. Online condolences may be expressed to www.cremate.org.

To leave a condolence, you can first sign into Facebook or fill out the below form with your name and email. [fbl_login_button redirect="https://vacremationsociety.com/obituary/c-russell-miller/?modal=light-candle" hide_if_logged="" size="medium" type="login_with" show_face="true"]
×