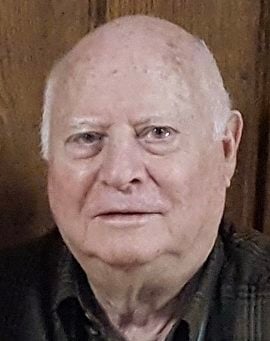 Carl M. Farmer, 84, of Smithfield, passed away on January 4, 2023, after a brief illness. He was born September 25, 1938, in Newport News, VA. Carl was a loving husband, father and papa. He is survived by his loving and caring wife of fifty-five years, Gail Farmer. He is also survived by his one and only daughter Jennifer Porter and son-in-law Shawn, who was more like a son. His wife and daughter were by his side until the end. He leaves two grandsons, whom he cherished and loved very much, Logan Porter (Alisha) and Chase Porter. Carl is also survived by many nieces and nephews. He was preceded in death by his parents Roy Lee and Alma Farmer; brothers: Roy Lee Jr., Lionel and Doug; sisters: Geraldine, Katherine, Louis and Evelyn.

Carl enjoyed dancing, fishing, and travelling. He had a great sense of humor. But, most of all he loved helping others to learn about the Bible. He did this from his baptism in 1961, as one of Jehovah’s Witnesses, until his death. He took much comfort in his Bible based hope for the future and remained faithful to his heavenly Father to the end.

A special “thank you” to the 5th floor nurses at Riverside Hospital for their care.

To leave a condolence, you can first sign into Facebook or fill out the below form with your name and email. [fbl_login_button redirect="https://vacremationsociety.com/obituary/carl-milton-farmer/?modal=light-candle" hide_if_logged="" size="medium" type="login_with" show_face="true"]
×