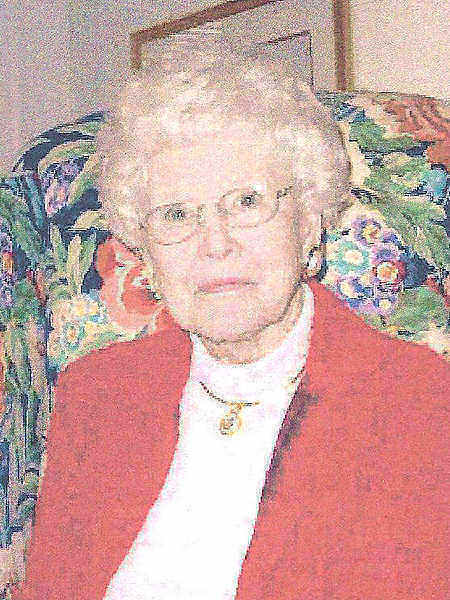 VIRGINIA BEACH — Caroline Frey “Cayo” Hales, 92, died peacefully Friday, July 9, 2010 with her loving family at her side at the Seaside Health Center at Atlantic Shores.

She was born in Pittsburgh, PA to Jessie Trowbridge Pope and William B. Pope, raised in Evanston, IL and attended Northwestern University. Formerly of Baltimore, Sherwood Forest, and Severna Park, MD, she was a past member of the Baltimore Country Club, the Roland Park Women’s Club of Baltimore, The Women’s Golf Association of Baltimore, U.S. Naval Academy Ladies Golf Association, Annapolis Yacht Club, and a founding member of the Chartwell Country Club. She enjoyed knitting, needlepoint, bridge and was an avid golfer. She was the ladies’ golf champion of Sherwood Forest and the Chartwell Country Club for several years. She was also a member of Eastern Shore Chapel and the Princess Anne Country Club.

Her brother John and sister Priscilla Pope both died in childhood. She married Joseph Gaillard “Bud” Frey of Baltimore in 1940, and after his death in 1960, she and Roman Hales married in 1962. He predeceased her in 1998. Survivors include her daughter, Priscilla F. Parcells and her husband Rear Admiral P. W. “Wick” Parcells, USN Ret., and her son Joseph G. Frey; two grandchildren, Whitney Parcells Dixon, and Joseph G. Parcells and his wife Gina, three great-grandchildren, Andrew, Hales, and Becca, all of Virginia Beach. Numerous cousins, nieces and a nephew also survive her.

Her family wishes to express deep appreciation to her longtime faithful aides, Tamara Smalls, Pat Elliott, Ann Phillips, and to the caring staff at Seaside.

A memorial service will be held at a later date. In lieu of flowers, contributions may be made to the Virginia Beach Rescue Squad or Eastern Shore Chapel.

Cremation Society of Virginia is assisting the family, online condolences may be expressed at www.cremate.org.

To leave a condolence, you can first sign into Facebook or fill out the below form with your name and email. [fbl_login_button redirect="https://vacremationsociety.com/obituary/caroline-frey-hales/?modal=light-candle" hide_if_logged="" size="medium" type="login_with" show_face="true"]
×