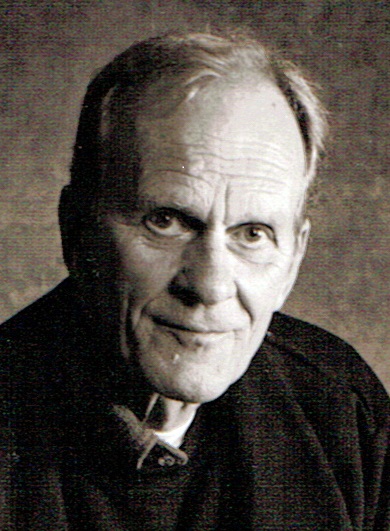 Charles Henry Van de Zande passed away on March 20, 2022, two days before his 93rd birthday. He was born in Columbia Hospital, Milwaukee WI on March 22, 1929, and raised in Campbellsport, WI. He graduated from Campbellsport High School in 1947 where he lettered in three sports.

He graduated from Lawrence College (now University) in 1951 with the combined major physics/math.  During the summers, while in high school and college, he worked at Mauthe Lake State Forest. After college, he enlisted in the US Air Force.  While in the Air Force, he met and married Paulette Douglas Chambers from Hampton, VA.  He received an honorable discharge from the Air Force as a 2nd Lt. In 1953.

He worked for RCA as a semiconductor design engineer, in Somerville, NJ, for 10 years. While at RCA, he earned a Master of Science degree in Applied Statistics from Rutgers.

He worked for IBM as a Quality and Reliability Engineer in East Fishkill, NY from 1963-1979, and at the Research Triangle Park in Durham, NC, from 1978-1996.  After retiring from IBM, he taught for 15 years in the Industrial Engineering Department at NC A&T State University.  During this period, he was awarded a Fulbright Scholarship to teach statistics at the University of Mauritius for one year.

He was a leader in the Boy Scouts, both as a youth and as an adult.  His public service was 11 years in the Bay Leaf Volunteer Fire Department and 13 years in the NC Search and Rescue Dog Association. He co-founded several long-distance foot races and the summer track series in the Poughkeepsie, NY, area. He was a competitive long-distance runner and completed 26 marathons.

He had a life-long love of playing music and played the trumpet in several Big Bands and concert bands, including the Greensboro Big Band and Concert Band.  In later years, he taught himself to play several stringed instruments, the concertina and keyboards.

He was a member of “Math Nerds,” an early online community that helped students solve mathematical problems.

In his waning years, he lived at Abbotswood at Irving Park, Greensboro, NC, for about six years where he participated in theater and chorus, and served on several committees. In 2019, he moved to Brookdale Chambrel Williamsburg, Virginia, where he was involved with bridge, chess and music programs, and he loved showing off his knowledge in trivia games and challenges.

At his request, there will be no service. Donations can be sent in honor of his son Charles Douglas to Duke Cancer Institute, Office of Development, Attn: Research Fund for Dr. David Hsu Lab; 710 W. Main St; Ste. 200, Durham, NC 27701.

To leave a condolence, you can first sign into Facebook or fill out the below form with your name and email. [fbl_login_button redirect="https://vacremationsociety.com/obituary/charles-henry-van-de-zande/?modal=light-candle" hide_if_logged="" size="medium" type="login_with" show_face="true"]
×