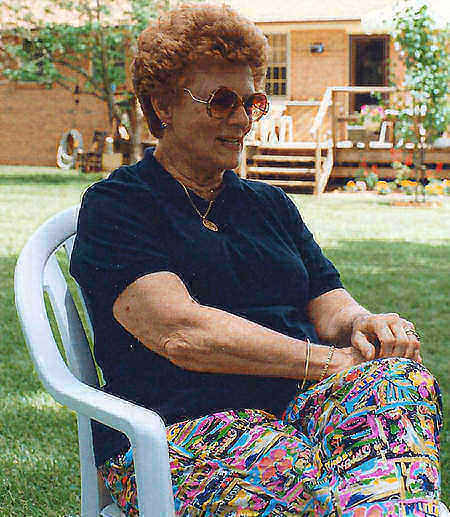 Claire Marie Doyle McDermott, age 87, died on Friday, August 20th. After several years of unrelenting physical pain and paralysis, she is at peace.
Claire was born in Norfolk VA on March 31, 1923, the only surviving child of James F. Doyle and Florence Law Doyle. A child musical prodigy by age 3, Claire was a pianist and vocalist of great talent. She possessed the gift of ‘perfect pitch’, and could play anything she heard, even once. She could transpose, change key, compose, modulate, and improvise on the spot with ease. Claire’s first love was classical music, but she moved easily between genres – jazz, blues, ragtime, or swing.
Claire graduated from Maury High School in 1941 and attended Madison Women’s College in Harrisonburg VA. Graduating in 1945, Claire returned home to begin her life’s work as a choral teacher with Norfolk Public Schools the following September. She married Henry W. McDermott in December 1946. They celebrated 58 years of marriage before “Mac” died in 2004.
Claire loved being alive and what gave her life was music. The vast majority of her career was as Choral Director at Norview High School, from 1955 until her retirement in 1982. Literally hundreds of students were introduced to the beauty and depth of music, many for the first time. Nicknamed “Mrs. Mac” by students, she was called that by all who knew her. Claire inspired many, instilled a love for the arts and taught her students to appreciate music far beyond any popular music of the day. As long as the quality was sound and musicianship was sharp, Claire loved it all.
She was a stickler for technique – insisting on correct diction, breathing, clear tone and well-blended harmonies. Claire taught entirely different music to four different chorus classes, a bell choir, along with two performance groups, the Norview Madrigals and her beloved Baker’s Dozen.
Claire served as a mother, mentor and friend to all of her students. Because she accepted and respected them as persons of value, they respected and loved her in return. She was a great influence and many former students remained in contact throughout her life.
Claire served as accompanist and/or conductor for numerous Regional and All-State Choruses. She spent every summer at the Virginia State Music Camp, held at Massanetta Springs, VA, often as accompanist for the high school choir. Claire served as President of the Virginia Choral Directors Association, was a member of the National Association of Music Educators and Virginia Music Education Association, and Thoroughgood Music Club. She obtained a Master’s Degree in Music Education from VA Commonwealth University. After retirement, Claire was the director for the “Town and Gown”, a women’s ensemble that performed locally in the area. Claire was a patron of the Arts, never missing a Virginia Symphony concert, choral concert or any musical program that was presented in Tidewater.
Claire was blessed with many friends, who became family. They continued to visit even as her health declined; a testament to her talent, grace and gift of hospitality to the very end. Claire leaves behind a daughter, Deborah McDermott Quam, a son-in-law, Phil, grandson, Phillip and granddaughter, Meredith.
The family appreciates the care given by the staff at Our Lady of Perpetual Help Nursing Facility who tended to her with kindness. Thanks to Hospice nurses Sarah Day and Julie Agles-Jankee. The Citizen’s Committee to Protect the Elderly, has been an invaluable resource, visiting regularly for over a year.
A celebration of Claire’s life, legacy and lasting spirit will be held on Friday, August 27th at 1 p.m. Bayside Presbyterian Church, Independence Blvd and Ewell Road , Virginia Beach. Memorial donations may be made to: The Citizen’s Committee to Protect the Elderly – PO Box 10100, Virginia Beach, 23450; Odyssey Health Care Hospice – 6363 Center Dr. Norfolk 23502 or WHRO – 5200 Hampton Blvd. Norfolk, 23508.
Cremation Society of Virginia is assisting the family. Online condolences may be expressed at www.cremate.org.

To leave a condolence, you can first sign into Facebook or fill out the below form with your name and email. [fbl_login_button redirect="https://vacremationsociety.com/obituary/claire-marie-doyle-mcdermott/?modal=light-candle" hide_if_logged="" size="medium" type="login_with" show_face="true"]
×