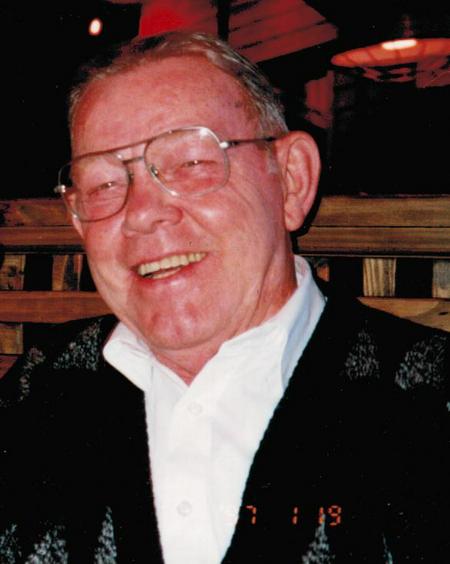 Clarence J. Branyan
Norfolk – Clarence “Jack” Branyan passed into heaven on June 16, 2012 in Norfolk, VA. Jack was born September 29, 1921 in Philadelphia, PA and was a World War II veteran and retired Captain with the Philadelphia Fire Dept. His first wife, Bessie Branyan preceded him upon her death in 1991. Jack is lovingly remembered by his wife Doris Faller Branyan; daughters, Barbara George Sr. Jefferson, Linda Craig Leslie; grandchildren, George Constance Jefferson Jr., Mike Jefferson, and Bill Angel Jefferson; and four great-grandchildren. Members of his extended family also share in honoring his memory; stepchildren, Richard Faller, Nancy Glenn Oehler, David Renee Faller, Janet Mark Traum Faller; two granddaughters, Amanda Faller and Carly Faller; nephews, Andrew Branyan, Mickey Branyan, John Branyan, and Charlie Branyan, along with their respective families, fondly honor him as well as many others whose life he touched. A celebration of Jack’s life will be held at the Haygood Methodist Church in Virginia Beach on Friday July 6, 2012 at 11 a.m. Memorial donations may be made to the American Stroke Association. Cremation Society of Virginia is handling the arrangements. Online condolences may be expressed at www.cremate.org.

To leave a condolence, you can first sign into Facebook or fill out the below form with your name and email. [fbl_login_button redirect="https://vacremationsociety.com/obituary/clarence-john-branyan/?modal=light-candle" hide_if_logged="" size="medium" type="login_with" show_face="true"]
×