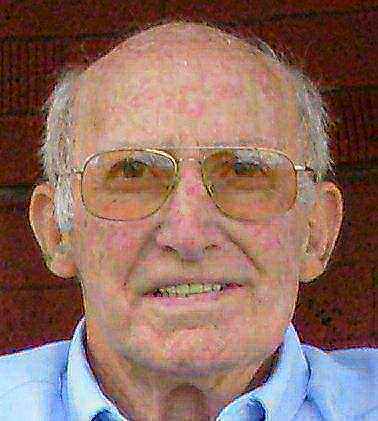 It is with deep sadness that we mourn the loss of Clarence “Pete” Block who passed away on October 14, 2012 at the age of 84. A Navy veteran, Pete served aboard the USS Iowa during the Korean War. Always the entrepreneur, he created several successful businesses during his lifetime. Chief among them was Pete Block Roofing which began as a small roofing company, operating from his home in the East Ocean View area of Norfolk, and later grew into a large commercial roofing company known today as Block Roofing Corporation. After retiring, he opened Pete’s Hot Dogs on Church Street in Norfolk. Pete loved his customers and was well loved by them. He was an avid hunter, fisherman and occasional poker player. He was born in Morehead City, NC to the late Peter and Alma Block and has two surviving sisters, Colleen Ellis Bud of Kokomo, IN and Carolyn Yeager of Beaufort, NC. Left to cherish his memory are his loving wife of 62 years, Julanne Block, his four sons, Oliver “Garry”, David and wife Linda, Ronald and wife Rona, Peter and wife Bonny Sue, his three daughters, Deborah Suyama, Julia Cherry and husband Glenn and Mary Block. He is also survived by numerous grandchildren and great grandchildren.
A memorial service will be held on Sunday, October 21, 2012 at 2:00 pm at Azalea Baptist Church located at 3314 E. Little Creek Road, Norfolk, Va.
In lieu of flowers, memorial donations may be made to the Joy Fund at 150 W. Brambleton Ave, Norfolk, VA 23510. Online condolences may be expressed to www.cremate.org.

To leave a condolence, you can first sign into Facebook or fill out the below form with your name and email. [fbl_login_button redirect="https://vacremationsociety.com/obituary/clarence-pete-block/?modal=light-candle" hide_if_logged="" size="medium" type="login_with" show_face="true"]
×