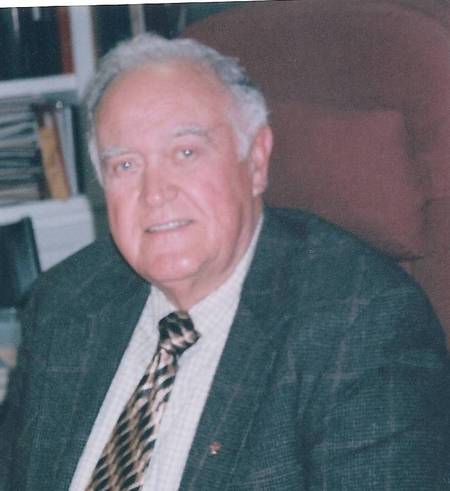 The Reverend Daniel David Reinheimer, cherished Lutheran minister born December 28, 1933, the son of Irene and Byron Reinheimer in Milwaukee, Wisconsin; joined his Lord and Savior on January 26, 2011. He is survived by his brothers Byron and David Reinheimer, his children Peter Reinheimer, Gretchen Reinheimer, Paul Reinheimer, Heidi Klewicki, his beloved wife Doris and her children Carla Morse, Chris Wrolstad, Eric Wrolstad, and 13 grandchildren.
A graduate of Concordia Seminary 1958, Pastor Reinheimer founded the Luther Memorial Church in Tinton Falls, NJ in 1960. He was called to serve as the Minister of Zion Lutheran Church in Maywood, NJ in 1966. Retiring to Hertford, NC in 2000 he founded the Good Shepherd Lutheran Church in Elizabeth City, NC. Retiring again in 2005 the Reverend recently celebrated his 50th year in ministry. He continued to assist at Grace By The Sea Lutheran Church in the Outer Banks and Hertford United Methodist Church serving home communions.
A Memorial Service is scheduled for 11am Saturday, January 29, 2011 at United Methodist Church of Hertford 200 Dobbs St.
Donations in his memory would be appreciated through the United Methodist Church of Hertford, NC.
Dan will be warmly remembered forever as a loving husband, father,
grandfather, brother, friend, faithful Christian and passionate fisherman!
Cremation Society of Virginia is assisting the family. Online condolences may be expressed at www.cremate.org.

To leave a condolence, you can first sign into Facebook or fill out the below form with your name and email. [fbl_login_button redirect="https://vacremationsociety.com/obituary/daniel-david-reinheimer/?modal=light-candle" hide_if_logged="" size="medium" type="login_with" show_face="true"]
×