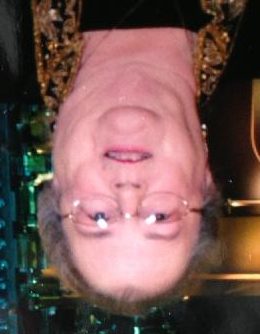 Virginia Beach – Deborah Friends Dorf, 70, passed away on December 30, 2012. She was born on June 21, 1942 in Dansville, NY to the late Robert and Ruth Friends. Debbie was preceded in death by her husband, Robert. Debbie grew up in Dansville, NY where she graduated from Dansville High School. After high school, she attended Syracuse University where she received a degree in nursing. After only a short nursing career, she became a full time mother and traveled with her husband wherever the military called. With grown kids, she spent over 20 years in Real Estate before retiring. Debbie married Robert on July 16, 1966 in Romulus, NY. They were happily married for 38 years. Debbie spent numerous years with the Virginia Beach Power Squadron. Her love of the water was immeasurable. She enjoyed gardening, playing bridge and dominos, watching football, but most of all, spending time with her family. Debbie is survived by her sons, David Wendy of Austin, TX and Michael of Chesapeake, VA; brother, John Carol Friends of Mercer Island, WA; grandchildren, Zachary, Allison, Julia, Jonathan and Nicholas; and her nieces, nephews and other relatives. A memorial service will be held on Wednesday, January 2nd from 5-7pm at First Colonial Inn, 845 First Colonial Road, Virginia Beach. Cremation Society of Virginia is handling the cremation. Online condolences may be expressed to www.cremate.org.

To leave a condolence, you can first sign into Facebook or fill out the below form with your name and email. [fbl_login_button redirect="https://vacremationsociety.com/obituary/deborah-friends-dorf/?modal=light-candle" hide_if_logged="" size="medium" type="login_with" show_face="true"]
×