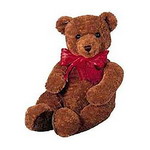 DeEtta Kay Blanchard, 62, passed away at her home in Virginia Beach on the evening of September 11, 2009 after a long battle with the difficulties of Diabetes.

She was born on April 14, 1947 in Shubert, NE to Sylvia G. and Samuel A. Cockerham. She then moved, in 1958, with her family to California where she graduated from Excelsior High School in 1965. She met the man who would become her husband of 41 years, Wilber L. Blanchard Sr. They married on April 11, 1968 and lived in North Long Beach for a period of time before being transferred to Norfolk, VA in 1973. In 1983, they bought a house where they have lived ever since. This would be the house that they raised their three children through high school. Dee dedicated herself not only to her marriage and being a mother but also to a career. After 20 plus years, she retired from the Navy Exchange as a Sales Clerk Supervisor.

DeEtta is survived by her husband, Wilber; her children, Wendy, Wil and wife Dawn, and Heather; her grandchildren, Cameron, Dylan, and Justis; her siblings, Janet, James and wife Donna, Dorothy and husband Lloyd, and Margaret; sister-in-law, Linda Cockerham; many nieces and nephews; and her beloved dogs, Oreo and Me Tu.

A memorial service will commence in her honor at Little Creek Naval Amphibious Base Chapel on October 23, 2009 at 1:30pm. Following will be a time to celebrate the life of Dee at her residence from 4-7pm. Memorial donations may be made in the name of DeEtta Blanchard to the American Diabetes Association. If you would like to attend and need access to the base, please contact Heather Blanchard at 757 729-5967 by October 20, 2009.

Cremation Society of Virginia, Hampton Roads office is assisting the family. Online condolences can be made at www.cremate.org.

To leave a condolence, you can first sign into Facebook or fill out the below form with your name and email. [fbl_login_button redirect="https://vacremationsociety.com/obituary/deetta-k-blanchard/?modal=light-candle" hide_if_logged="" size="medium" type="login_with" show_face="true"]
×