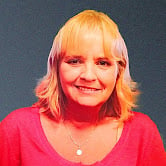 Newport News, VA – Denise E. (Lewis) Comins, 63, passed away peacefully in her sleep on May 4, 2022. She was a graduate of CNS High School and studied nursing at Onondaga Community College. She graduated with her LPN and went on to become an RN. She worked at Upstate Hospital. She moved to Sandy Creek after she graduated from high school, where she was married and raised her children.

She was preceded in death by her mother and father, Joan and Donald Lewis; her brother, Donald Lewis, Jr. and her sister, Diane Lewis.

She is survived by her daughters, Jenna (Turo) Marsh (Robert), Bethany (Turo) Friedman (Anthony), Adrianna Comins and her son, Zack Comins; her sisters, Debi Emmert and Dona Lewis and her beloved grandchildren, Garrett, Landon, Sawyer, Maisie and Henry. Her greatest joy in life was being their Mimi. She is also survived by cousins, nieces and nephews.

Services will be private. In lieu of flowers, donations may be made in Denise’s name to the Lupus Foundation of America.

To leave a condolence, you can first sign into Facebook or fill out the below form with your name and email. [fbl_login_button redirect="https://vacremationsociety.com/obituary/denise-e-lewis-comins/?modal=light-candle" hide_if_logged="" size="medium" type="login_with" show_face="true"]
×