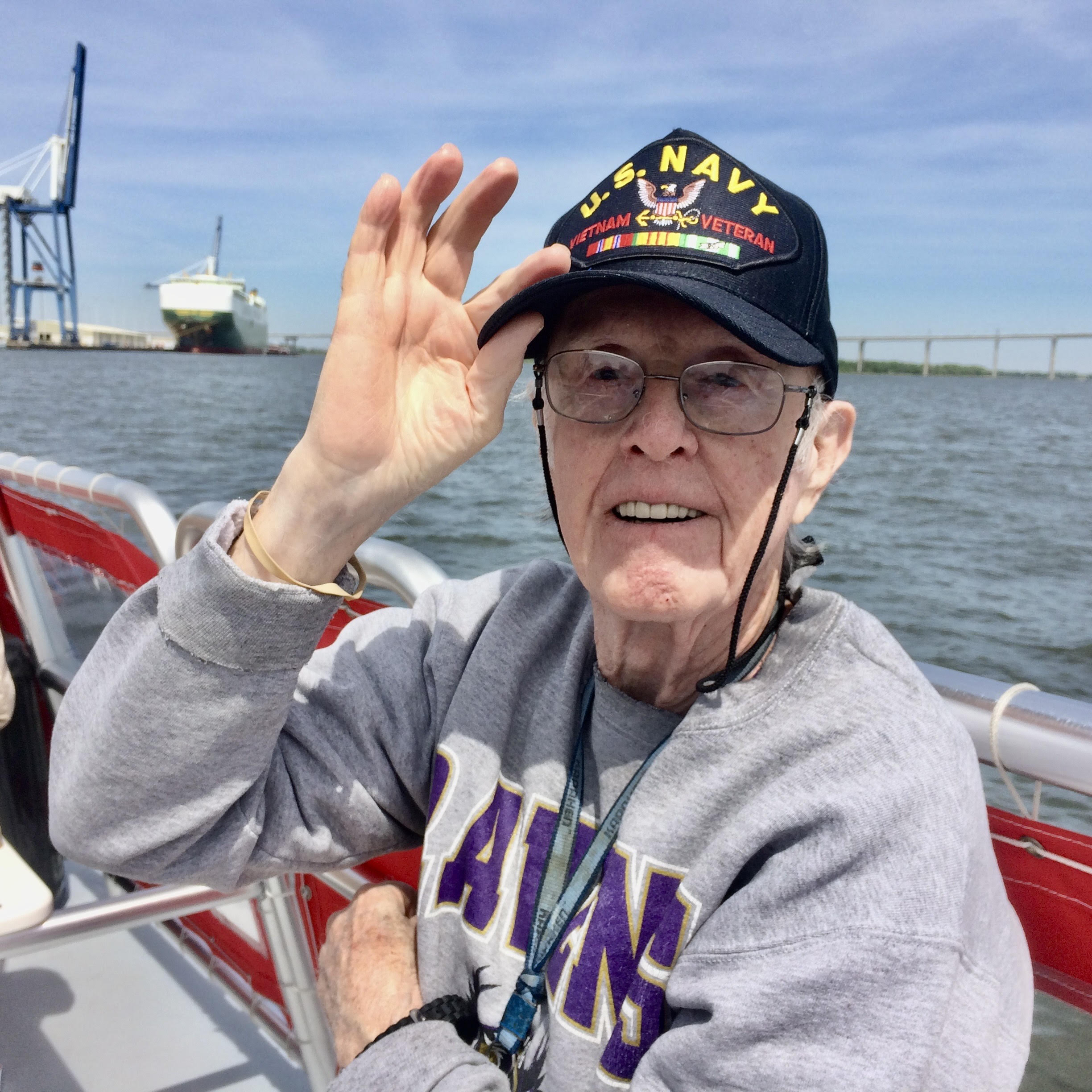 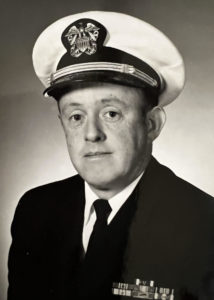 After his illustrious Naval career, he continued his education and received a master’s degree in science from Old Dominion University and taught there for many years.

Denny was best known for his humor and clever stories. He would recall his days as a youngster in downtown Albany collecting salvage metal during WWII with his sister, Mary. He also had many well-told tales about his service years in the Navy.

He took great pride in serving for more than 20 years with the Kempsville Volunteer Rescue Squad. As one of its longest serving volunteers, he was considered a life member of the Squad. When he turned 87 during COVID, the squad formed a 20+vehicle parade including emergency vehicles and decorated cars that drove past his house to wish him a Happy Birthday—a sight few in his neighborhood will forget. And he was blessed with wonderful neighbors who looked after him for many years.

He was preceded in death by his mother and father, Harold and Mary Stewart of Albany, New York. His two beloved sisters Joan and Mary also made a path for him to join the family. Mary’s husband, Peter Lisosky passed as well and was one of his dearest friends. Denny, Mary and Peter often vacationed together and shared many delightful stories.

He left behind his niece Kathleen Rose Leahey, R.N. who lovingly cared for him during his time of transition, his niece Joanne Lisosky and her husband Michael Darcher and nephew Peter Lisosky. His family also included his great nieces, Carey Steingraber and Bailey (Lisosky) Kruger, great nephews William Leahey, Peter Alexander Leahey and Patrick Lisosky as well as two great-great nieces, Maggy and Willa and one great-great nephew, Raymond.

Denny would be delighted for us to mention he was a staunch Ravens fan who adorned his home in Virginia Beach and himself with every kind of Ravens memorabilia.

The family will host an “Irish Wake” (3-6 p.m.) for his friends at his home Saturday, March 12. In lieu of flowers, donations can be made to the Kempsville Rescue Squad in his name.

To leave a condolence, you can first sign into Facebook or fill out the below form with your name and email. [fbl_login_button redirect="https://vacremationsociety.com/obituary/dennis-denny-j-stewart/?modal=light-candle" hide_if_logged="" size="medium" type="login_with" show_face="true"]
×