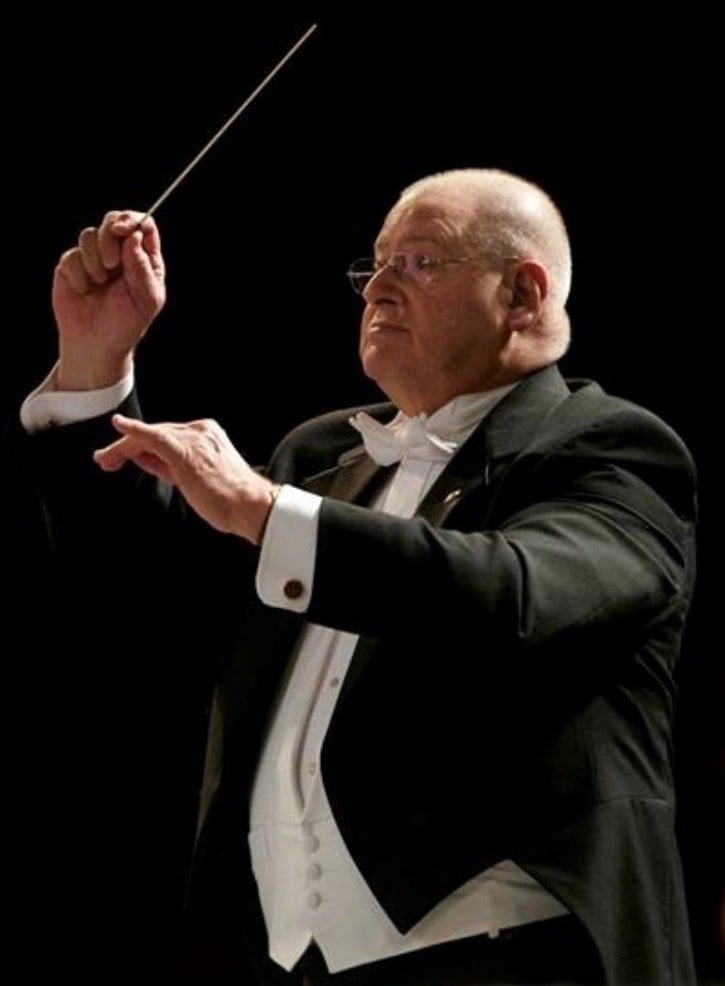 Dennis Joel Zeisler died in his home on March 30th, 2020 in Norfolk, VA due to Pancreatic Cancer. He was 73.

Dennis was born on January 25th, 1947 in Columbus, GA to his parents, Francis and Kasriel Zeisler. He married Carol Corcoran Zeisler in 1987 in Bethesda, Md.

Dennis served for 39 years as Director of Bands, Professor of Clarinet and Saxophone, and Chairman of the Music Department at Old Dominion University in Norfolk, Virginia. Under his direction, the ODU Wind Ensemble developed into a premiere ensemble, making multiple recordings and performing at Carnegie Hall and the Kennedy Center. In addition, He was the founder and music director of the Virginia Wind Symphony, a professional wind ensemble founded in 1994, he served as the 77th president of the American Bandmasters Association and served on the board of the Midwest Clinic, an International Band and Orchestra Conference.

Zeisler holds a Bachelor of Music, a Bachelor of Music Education and a Masters of Music from the University of Michigan, where, under the direction of William D. Revelli, he was solo clarinetist of the Symphony Band. He was solo clarinetist of the Detroit Concert Band, under the direction of Leonard Smith, and clarinet soloist with the United States Military Academy Band at West Point. Zeisler had his New York debut at Carnegie Recital Hall in May of 1974, and has performed at three International Clarinet Society Conferences. Dennis retired from ODU in 2018 and spent much of the last two years conducting, travelling and spending time with his family.

Dennis is survived by his spouse of 33 years, Carol and their two children; Sarah (Adam) Wisiniewski of Norfolk, VA; and Jeffery Zeisler of Washington D.C. He is also survived by his first wife, Kathleen Betts of South Boardman, Michigan and their two children; Nathaniel (Cristen) Zeisler of Los Angeles, CA; and Jennifer Zeisler of Los Angeles, CA; his sister Janice (Paul) Zucker of Falls Church, VA, three grandchildren, Brooke, Perrin and Aubree; and twelve nieces and nephews; his step-mother Charlotte (Wert) Zeisler of Canandaigua, NY and his mother-in-law, Alexandra (Kisla) Corcoran of Arlington Heights, IL. He is preceded in death by his mother Francis Zeisler and father Kasriel Zeisler.

There will be a celebration of life performance by the Virginia WInd Symphony in the fall of 2020. Further details will be available in the coming weeks. In lieu of flowers, please consider a donation to the Dennis J. Zeisler scholarship fund established at Old Dominion University to provide financial support to instrumental music majors at the institution. To give, simply click the link below, select “scholarships” and type “Dennis Zeisler” in the scholarship name box.

To leave a condolence, you can first sign into Facebook or fill out the below form with your name and email. [fbl_login_button redirect="https://vacremationsociety.com/obituary/dennis-joel-zeisler-3/?modal=light-candle" hide_if_logged="" size="medium" type="login_with" show_face="true"]
×