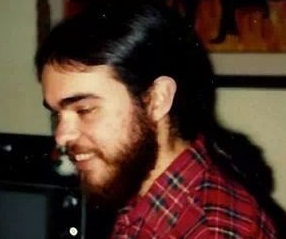 Virginia Beach – Donald E. Zarske, 54, passed away on December 31, 2013.
Donald owned a Laundromat. He set his hours and did as he pleased. He never woke to an alarm clock or took a scheduled lunch break. He enjoyed fixing a washing machine in the middle of the night so it would be ready for the next day, and he was always thinking about ways to improve the place, make it more comfortable and welcoming.
He could build or fix anything. Everyone knew if they wanted advice on what to buy, they should ask Donald. He would think about it, swish it around in his head, research it on the Internet, and then give you all the pros and cons. If you followed his advice, you would not go wrong.
He couldn’t stand injustice, and he wrote letters, spoke out, and stood up for people who he believed had been wronged. He was unfailingly generous with friends and employees, and he donated regularly to animal welfare organizations.
Donald was quirky and smart and kind and talented and we will not see his like again. He did not want a service. He wanted a party, near the water. That party will be scheduled in May.
Donald is survived by his father, Erv, his sister, Ginger, and many loving friends. Cremation Society of Virginia handled the arrangements. Online condolences may be expressed to www.cremate.org.

To leave a condolence, you can first sign into Facebook or fill out the below form with your name and email. [fbl_login_button redirect="https://vacremationsociety.com/obituary/donald-ervin-zarske/?modal=light-candle" hide_if_logged="" size="medium" type="login_with" show_face="true"]
×