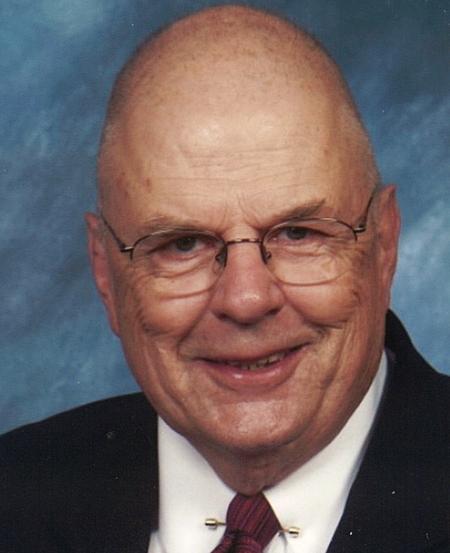 Rev. Dr. Donald Hampton Traylor 1935 – 2011
VIRGINIA BEACH – Rev. Dr. Donald H. Traylor died September 2, 2011. A native of Norfolk, he graduated from Maury High School in 1953. He received his BA degree from Randolph Macon College in 1957 and graduated from Wesley Theological Seminary, Washington DC, in 1960. He began his ministerial career in the Virginia United Methodist Conference in 1960 and retired in 2000 as the District Superintendent of the Portsmouth District. His passions were people and preaching. A dynamic and inspiring preacher, his kind spirit, lively wit, and open mind brought joy and comfort to many. During his career, he served on the Board of Ministry, was appointed to the Committee of Finance and Administration, taught at the Licensing School for new pastors, raised funds for the founding of Virginia Wesleyan College and later served as a college trustee.
He was the son of the late Robert Thomas and Mary Kelly Traylor. He is survived by his wife of 51 years Nancy; his son Robert Traylor and fiancé Cindy Hiles, grandson Carter Traylor of Rocky Mount, VA; and daughter Kelly Jackson, grandchildren Emily Jackson and Grant Jackson, and son-in-law Andrew Jackson of Virginia Beach.
A devoted family man, “Pop” radiated love and affection for his grandchildren. They filled his retirement with fun and hope. He enjoyed classical music, history and baseball. He cared about his community and touched many lives.
A memorial service will be held September 17th at 2 pm at Haygood United Methodist Church, 4713 Haygood Rd, Virginia Beach. The service will be officiated by Revs. Charles Shumate, Robert Garner, and Kirk Mariner. Music will be provided by Rev. Davies Kirkland. A reception will follow the service. In lieu of flowers, donations may be made to Haygood UMC or Randolph Macon College. Online condolences may be expressed at www.cremate.org.

To leave a condolence, you can first sign into Facebook or fill out the below form with your name and email. [fbl_login_button redirect="https://vacremationsociety.com/obituary/donald-hampton-traylor/?modal=light-candle" hide_if_logged="" size="medium" type="login_with" show_face="true"]
×