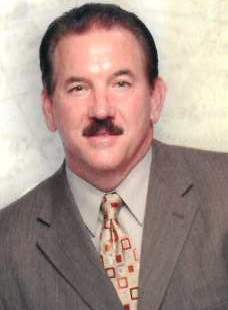 Donald Wayne Wallace, 65, died at home on Monday, April 18, 2022, after a short but courageous battle with pancreatic cancer.

Donnie was born February 5, 1957, in Erwin, NC to Sallie Louise Mitchell and Bobby Bryant Wallace.  The family moved to the Tidewater area of Virginia in the sixties.  Donnie graduated from Hampton High School in 1974.

Donnie is survived by his wife of 21 years, Vicki Allen Waddill Wallace; his mother Louise Mitchell of Hampton; his son Jamin (Deana) of Wilmington, NC; his stepdaughter Shanda Waddill of Carrollton; his brothers Randy (Virgie) of Carrollton and Gerald (Paige) of Poquoson; his sisters Joanne Atherton of Norfolk and Kathy Wetzler (Denny) of Newport News; his grandsons Jacob and Colby Wallace and Cameron McLean as well as many loved nieces and nephews.

From an early age Donnie was mechanically inclined.  He loved working with his hands and figuring out how to design and “fix” things. Growing up, he worked with his father at his truck repair shop. After high school, he went into printing. He owned an auto parts business and a concrete business. But eventually  he found his way to the insurance industry, becoming a customer-oriented career insurance agent. He was working with Transamerica at the time of his death and leaves behind saddened and loyal clients.

The most fulfilling part of his life came after his dedication to Jehovah God. He was baptized at the age of 14 as one of Jehovah’s Christian Witnesses and never deviated from his spiritual commitment. As an adult he served as an elder in the Northampton  Congregation of Jehovah’s Witnesses.  He also worked on Regional Building Committees, Local Design Construction sites throughout Virginia and North Carolina, and on the Warwick site in New York.  It was especially meaningful to Donnie to work alongside his son Jamin in Salisbury and Richmond at local assembly hall constructions sites and to work alongside Vicki locally as projects arose.

He and Vicki were married in 2000 .Together they travelled to International Conventions of Jehovah’s Witnesses, Mary Kay functions (Vicki’s accomplishments and passions) and to visit friends in and out of the country. They particularly enjoyed visiting Germany.

Donnie’s life touched many—children, tweens, and teens. He took time to run, play ball and hug the little ones. He especially loved his grandchildren who called him PeePaw and PawPaw.

Very important to Donnie was the ongoing care of his elderly mother. For three years he assisted in caring for her in her home, spending several nights a week with her, as well as providing meals and support.  Even after his unexpected and devastating diagnosis of pancreatic cancer in early February 2022, he continued to be concerned about his mother’s welfare and tried to do what he could.

We long for the day when we can greet Donnie in the paradise that the Bible promises at Psalm 37:11.  We long for the day when cancer, or any disease, is gone and  no longer will people say, “I am sick”. (Isaiah 33:24). For further information about God’s beautiful promises, please go to jw.org and read for yourself the comforting assurance of a future resurrection. The family would like to thank ALL the friends, relatives, workmates, and neighbors who have offered ongoing emotional, physical, and monetary support at this time. The family is especially grateful to Hospice of Virginia, who provided empathic and skilled assistance through Donnie’s illness.

To leave a condolence, you can first sign into Facebook or fill out the below form with your name and email. [fbl_login_button redirect="https://vacremationsociety.com/obituary/donald-wayne-wallace/?modal=light-candle" hide_if_logged="" size="medium" type="login_with" show_face="true"]
×