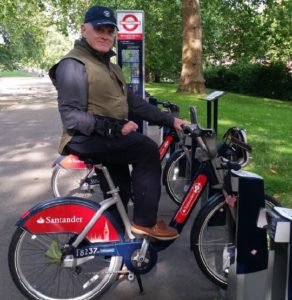 Dr. James A. Jacobs, 80, died peacefully at home surrounded by his family on November 19, 2022. He was born on March 6, 1942 in Chicago, IL to the late William Douglas and Ruth Mae Cain Jacobs. Also preceding him in death was his sister, Dr. Sue Ellen Jacobs, and brother-in-law, David Gouge.

Jim’s family moved frequently as a child, settling in Virginia Beach in the 1950s. He attended Virginia Beach High School, where he met the love of his life, Martha Bell. After graduating high school in 1960, he and Martha relocated to Alamosa, CO where they both attended Adam State College, Jim on a presidential scholarship. While in college Jim and Martha married, and then moved back to Virginia Beach where Jim began his teaching career at Bayside High School. Jim taught at many institutions over the years and was instrumental in establishing the Advanced Technology Center in Virginia Beach, where two of his grandchildren attended. Jim pursued higher education, earning his Master’s from The College of William & Mary and his Doctorate from NOVA Southeastern University in Florida. He was a professor at Norfolk State for 36 years, co-writing five textbooks during this time. Throughout his career he was active in numerous professional societies and ran the International Educators Workshop. Jim touched the lives of countless students, many of whom kept in touch over the years.

Jim was an avid tennis player and very involved in the local tennis community. He was also an avid photographer, often having more than one camera at the ready to capture memories at family events. Above all he loved spending time with his family, especially at Jacob’s Cove where they enjoyed s’mores around the bonfire and lots of pool parties. He was a very involved husband, Daddy, and D-daddy to his grandchildren and great-grandchildren, loving nothing more than to have his family snuggled together around him in bed. Walt Disney World was a very special place for Jim and his girls. For the past three years, his wife and daughters took him to Disney World to celebrate his birthday.

The family is grateful for the loving care provided by Jewish Family Services, especially Vincent, and Amedisys Hospice, especially Luann and Julie.

Forever the teacher, it was important to Jim that his body be donated to science. Per his wishes, the family held a private memorial service. In lieu of flowers, donations in Jim’s memory can be made to Virginia Beach United Methodist Church, the Virginia Beach Volunteer Rescue Squad, or the Atlantic Wildfowl Heritage Museum.

To leave a condolence, you can first sign into Facebook or fill out the below form with your name and email. [fbl_login_button redirect="https://vacremationsociety.com/obituary/dr-james-a-jacobs/?modal=light-candle" hide_if_logged="" size="medium" type="login_with" show_face="true"]
×