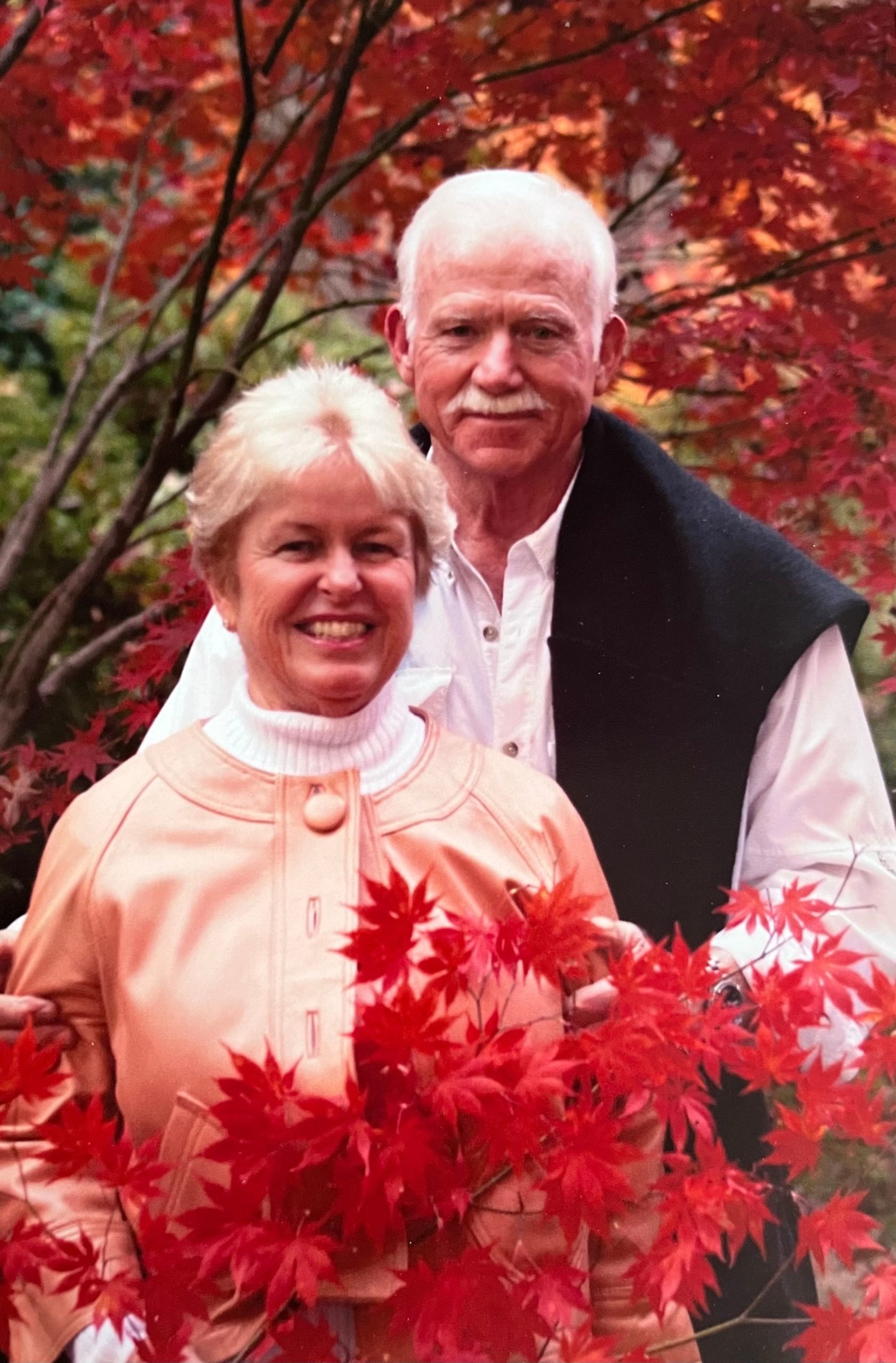 Ellen Claire Beveridge Kelso passed on, after a long struggle with idiopathic pulmonary fibrosis, on July 2, at her home in Williamsburg, VA. She was 81 years old.

While she stood a mere 4’10”, Ellen’s warm and sunny personality was larger than life. She had a smile and kind word for all, and never met a stranger. She adored her family and her many close friends, and retained an encyclopedic knowledge of birthdays, marriages, family relationships and other details about the people she loved. As a language arts teacher for more than 30 years, she leaves a legacy as an all-time favorite for generations of students, who were inspired by her energy, storytelling skills and genuine care for every child.

Ellen was the first child of Fred and Amy Boudreaux Beveridge. Born on July 27, 1940, in Ann Arbor, Michigan, she grew up in Toledo, Ohio, where her father worked as an industrial supervisor for Consumers Power Company of Michigan, and her mother raised her and her two siblings, Carol and Jim. Ellen graduated from Bowling Green State University with a BA in both English Literature and Education, and was a member of Alpha Xi Delta Sorority.

At a summer job in the resort town of Lakeside, Ohio, Ellen met the love of her life, Bill Kelso. They dated through college, and were married on August 4, 1962, soon after Ellen’s graduation. The young couple moved South for Bill to pursue his graduate studies. The Kelsos settled in Williamsburg, where Bill began his career in archaeology at Colonial Williamsburg.

Ellen and Bill welcomed son Marty in 1965, and daughter Libbey in 1968. The Kelsos made many lifelong friends and were involved in a variety of activities in Williamsburg. In the early 1970s, they picked up string instruments, and performed bluegrass with friends from Colonial Williamsburg. Ellen was a crowd favorite, standing on a stool – and occasionally a watermelon – to reach the top of her towering bass fiddle.

In 1979, the Kelsos moved to Charlottesville, where Bill was the Director of Archaeology at Monticello, Thomas Jefferson’s estate. Ellen taught primarily at Henley Middle School in Albemarle County. She earned her Master’s in Education at the University of Virginia in 1990, while continuing to teach, play music and excel in running events. She pursued her love of travel by organizing annual trips to Europe with her middle school students. In addition, she was honored with induction into the National Educators Honor Society.

Ellen and Bill returned to the Williamsburg area in 1993. Bill led the excavation of the original fort at Jamestown, as Director of Archaeology for the Association for the Preservation of Virginia Antiquities (APVA). Ellen retired from teaching in 2000, and became an active member of the Occasion for the Arts, the Williamsburg Music Club, the Vintage Ladies, CASA and the Williamsburg Garden Club.

She also enjoyed traveling with Bill as he researched the British influences on the original settlement at Jamestown. The couple met many notable visitors, including Queen Elizabeth II, who visited Jamestown on its 400th anniversary in 2007.

Upon Bill’s retirement in 2021, Bill and Ellen moved “off the island” to a home near the William & Mary campus. Ellen struggled with a rare pulmonary condition first diagnosed in 2019, but refused to let it stand in the way of her enjoyment of visiting with family and friends, or her participation in the Williamsburg Garden Club. She and Bill were able to take short neighborhood walks with J.R., their beloved Basset Hound, who is the latest of many Basset Hounds in their lives.

She was surrounded by family to the end. Ellen had a boundless curiosity and a beautiful spirit that touched the lives of everyone who met her. To have known Ellen was a gift – and it was a gift she generously and lovingly shared with all.

A private memorial gathering will be held at a future date. Honorariums in Ellen’s honor should be made to:

To leave a condolence, you can first sign into Facebook or fill out the below form with your name and email. [fbl_login_button redirect="https://vacremationsociety.com/obituary/ellen-claire-beveridge-kelso/?modal=light-candle" hide_if_logged="" size="medium" type="login_with" show_face="true"]
×