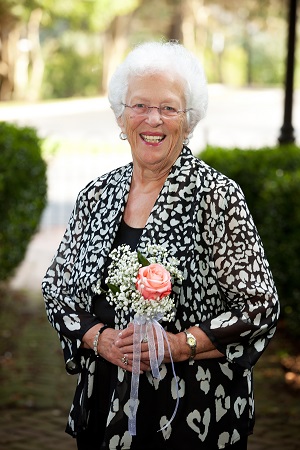 Ernestine “Teeny” Anderson, 92, passed onto her eternal life on Saturday, May 7, 2022 in Mathews, VA.  She is now pain free and resting in the arms of her Lord.  Teeny was born on December 9, 1929 in Scotland Neck, NC.  She had tales of childhood adventures, fun at the Scout Pond and worked at the town drug store as a teenager.  Teeny married in 1950 and moved to Newport News, VA where she raised her family.  She was an active member of First Baptist Church, the Junior Women’s Club and later attended New Covenant Church.  She enjoyed substitute teaching at Newport News High School.  She had a love for working with numbers and worked doing tax preparation.  While working a bookkeeping job, she took night classes at the College of Hampton Roads.  She was able to get a Civil Service job and started a new career as a Budget Analyst.  Teeny excelled and was quickly promoted.  She began with the Navy at Cheatam Annex and NOSTRA, then went to the Army working at TRADOC on Fort Monroe.  She was able to travel to other military installations and her last position took her overseas to Germany.  She retired and returned to Scotland Neck, NC to care for her mother.  She was an active member of Dawson Baptist Church and enjoyed her church family.  Teeny enjoyed traveling and new adventures.  She and a friend even drove cross country seeing the sights!  Teeny was a lifelong UNC Tarheel fan and it was a passion to make her brackets and watch multiple games on different devices!  She also loved NY Yankees!  Teeny moved to Daffodil Gardens in Gloucester, VA and became an active part of the community.  She was full of life and did volunteer work at the Gloucester Visitor’s Center, Riverside Walter Reed Hospital in the Human Resource Department, volunteered to do tax preparation at the Gloucester Library for the elderly and was active member of Lighthouse Assembly of God Church.  Teeny was a “crochet machine” and made hundreds of colorful lap blankets for the nursing homes and beautiful baby afghans to donate to newborns.  It was her “gift” to give generously!  Teeny was a “spiritual mother” to people all over the world!  She was a loyal friend, was quick to pray for anyone and impacted the lives of countless people.  Teeny had the gift of being organized and was faithful to send birthday cards, written communication (letters, emails and texts) to stay connected and never failed to call and sing “Happy Birthday”.  In her later years, she mastered using an iPhone and enjoyed doing Facetime calls to see her family and friends.  She will be missed and remain forever in our hearts.

Teeny was proud of her family and is survived by her four children:  Sarah Johnson (Jed), Susan Hanson, Seth Anderson (Ana) and Steven Anderson (Jennifer).  She took delight in having relationships with each of her eleven grandchildren and eleven great-grandchildren.  She is survived by her half-sister, Mary Alice Molchan; special nephew, Tom Campbell as well as other family and dear friends.

A private graveside service will be held at Sunnyside Cemetery, Scotland Neck, NC.

To leave a condolence, you can first sign into Facebook or fill out the below form with your name and email. [fbl_login_button redirect="https://vacremationsociety.com/obituary/ernestine-rogister-copeland-anderson/?modal=light-candle" hide_if_logged="" size="medium" type="login_with" show_face="true"]
×