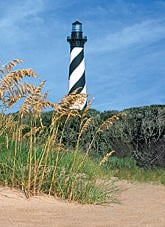 Virginia Beach – Gene, 66, died peacefully at home on Aug. 6, 2009 after a courageous battle with Leukemia. He was predeceased by his parents, Samuel and Frances Nimmo and his brothers, Sam and Kenny Nimmo.
He was a life long resident of Virginia Beach and was retired from the auto parts business. He loved playing tennis and was a huge Redskins fan. He was proud to be a part of raising his grandson for 17 years. He enjoyed vacationing on the Outer Banks of North Carolina and his wishes are to have his ashes spread there.
He leaves behind his loving wife of 4l years, Ann; his daughter, Laura Galownia and her fiancé David; and his grandson, Raymond Galownia Jr., all of the residence; his sister Jackie Hodges and husband Allen of Chesapeake; his sister-in-law, Randy Nimmo of Virginia Beach; his cousin, Frances Ann Tolleson and her husband Bobby his best friend of Chesapeake and many cousins, nieces, and nephews. Last but not least, his dog, Buster who was always by his side, especially at the end.
A memorial service is being held at 1 pm, Saturday Aug. 8, at Colonial Avenue United Methodist Church, 1420 Colonial Ave, Norfolk Va. 23517. A gathering will follow at the church Social Hall directly after the service. Cremation Society of Virginia, Hampton Roads office, is assisting the family.

To leave a condolence, you can first sign into Facebook or fill out the below form with your name and email. [fbl_login_button redirect="https://vacremationsociety.com/obituary/eugene-k-nimmo/?modal=light-candle" hide_if_logged="" size="medium" type="login_with" show_face="true"]
×