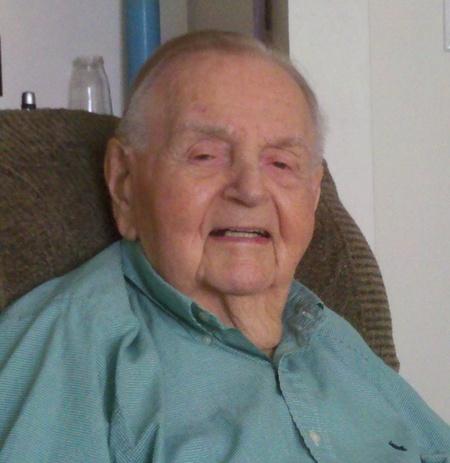 Virginia Beach Francis Marvin Bridges, born June 10, 1915, passed away January 2, 2011, at his residence in Brighton Gardens. He was the husband of the late Allie Jo Brooks Bridges. Marvin was a World War II veteran and was known as the “Candy Man” for M&M Candies where he was Vice President of Sales. Marvin will always remain a part of those fortunate enough to have known him. He is remembered for his quick wit, sense of humor and positive outlook on life. Marvin and Jo moved many times during their 72 years of marriage and home became Virginia Beach where they lived for over 18 years.

Marvin is survived by his two children, Judith Bridges Howard of Alexandria, VA and David Marvin Bridges of Va Beach; two granddaughters, Tracy B. Deans and husband Jason of Va. Beach, Laura B. Sorenson husband Dan of Ashland, OR. He is also survived by three great grandchildren, Ella, Van and Vivi Deans. His brother, Gerald G Bridges of Harrisburg, NC, also survives him.

The family would like to express their gratitude for his wonderful caregivers during the past years of his life.

A private family service was held by Chaplain Chris Fosback. In lieu of flowers, the family asks that memorial contributions be made to Sentara Hospice, 535 Independence Parkway, Suite 200, Chesapeake, VA 23320. Cremation Society of Virginia is assisting the family. Online condolences may be expressed at www.cremate.org.

To leave a condolence, you can first sign into Facebook or fill out the below form with your name and email. [fbl_login_button redirect="https://vacremationsociety.com/obituary/f-marvin-bridges/?modal=light-candle" hide_if_logged="" size="medium" type="login_with" show_face="true"]
×