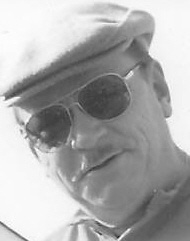 Francis Frank Joseph Hart, Jr.
On November 3, 2010, Frank passed away peacefully , surrounded by his loving children.
Frank was born on Easter Sunday, April 5, 1931 in Norfolk, Virginia. “Sonny” graduated from Maury High School in 1950 where he played trumpet in the school band.

Frank was a member of IBEW Local 80 and retired from Austin Electric Company after 44 years of service on January 1, 1995.

Everyone who knew Frank, knew of his passion for classic cars. He spent many years in the Tidewater Corvette Club and traveled the coast competing in car shows. After retiring, he enjoyed “working” at his nephew’s shop, K&B Custom Auto, where he was lovingly known by everyone as Uncle Frank.

He was fortunate to have many wonderful friends and a large extended family, Richard Kelly, Karen and Bill Shanley and Jean and Mike Rogers who opened their hearts and homes to him.

The family would like to thank the staff of Heartland Hospice Care for their tremendous support and gentle care.

A Memorial Service will be held at Altmeyer Funeral Home, 5792 Greenwich Road, Virginia Beach, Va 23462 on Tuesday, November 9, at 2:00 pm. Online condolences may be expressed at www.cremate.org.
Cremation Society of Virginia is assisting the family.

To leave a condolence, you can first sign into Facebook or fill out the below form with your name and email. [fbl_login_button redirect="https://vacremationsociety.com/obituary/francis-frank-j-hart-jr/?modal=light-candle" hide_if_logged="" size="medium" type="login_with" show_face="true"]
×