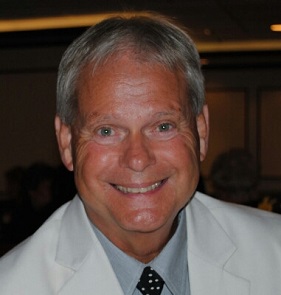 Frank Donald Gibson at 77 years of age, passed away on April 23, 2021 with his family by his side, in Williamsburg, VA from cancer.

He lived his younger years in Washington D.C. and had many great stories to tell of his time there.  He returned to the Peninsula and attended Thorpe Jr. High where he met his future wife in the 9th grade and forever changed their lives together with 57 years of marriage. Frank and Judy dated for five years and wedded April 1964.

Frank graduated from Newport News High School in 1963 and was a member of the Sigma Phi Delta Fraternity where he found lifelong fraternity brother hood friendships.

Frank dedicated 45 years of service to the Newport News Shipyard (1963 to 2008) and worked in a many roles, Radiological Control, Trades Administration, Radcon Manager, and Radcon Training Department. Frank spent six years in the US Army Reserves from 1966-1972.

Frank was very active in his neighborhood HOA committees throughout his life, always willing to help out friends and neighbors. He enjoyed playing tennis, running, workouts at the gym, shag dancing and sailing as a young man. In retirement he enjoyed racquetball with his friends and refurbishing neighbors’ mailbox’s.  He was known as the “handy man” of Landfall.

Frank so much enjoyed his children and grandchildren. He loved when he could have all his family together telling stories around the dinner table about when they were kids.  He especially loved Christmas Eve dinners, when playing Santa for the grandkids and cousins, and then passing it on to them as they became adults.

Frank will be missed by all his dear friends and as he would say “I will see you someday on the other side”.

In lieu of flowers, please make donations in honor of Frank, to Dream Catchers at the Cori Sikich Therapeutic Riding Center in James City County. Donate online (www.deramcathers.org) or mail (P.O. Box 1261 Williamsburg, VA 23187).  Due to COVID restrictions, a private celebration of life will be held later.

Live life like Frank, always “Paying It Forward”, fixing things that needed fixing and helping out those in need.

To leave a condolence, you can first sign into Facebook or fill out the below form with your name and email. [fbl_login_button redirect="https://vacremationsociety.com/obituary/frank-donald-gibson/?modal=light-candle" hide_if_logged="" size="medium" type="login_with" show_face="true"]
×