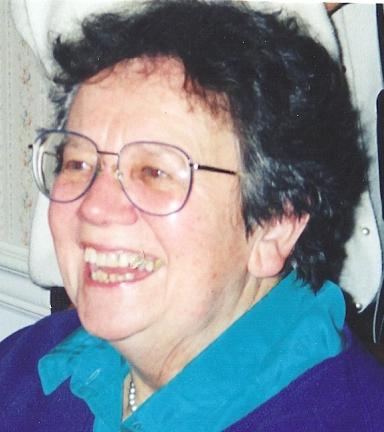 Genevieve M. Brass, 79, of the 2400 block of Indian Hill Road, passed away at home on May 28, 2010. The daughter of France and Daniel Masson, Genevieve was born and raised in Digoin, France where her father was director of a porcelain factory. As a teenager in German-occupied France during WWII, Genevieve was educated at an all-girls catholic boarding school while her father was forced by the Germans to re-tool his factory for munitions. Following the War, Genevieve continued her education, got her first job in Moulins, France, developed an advanced fluency in English, and worked in London as a nanny for one year.
After returning from the UK, Genevieve then moved to Orleans where she got a job as bilingual secretary for the U.S. Army Command. It was there, in Orleans, that Genevieve met and later wed a young American soldier, Rollin L. Brass. Caroline, their oldest daughter, was born in Orleans in 1959 followed by Eric, who was born in 1962. Over the next seven years, the Brass family lived in Frankfurt, Fontainebleau, and Idar-Oberstein before returning to the US in 1970. Prior to coming to America, Genevieve became fluent in German and developed a passion for travel, classical music, and bridge.
While living in Alexandria, Genevieve gave birth to Stephanie in 1972 and finally passed her driving test at the age of 40. The Brass family moved to Indianapolis in 1974 where they lived until relocating to Virginia Beach in 1982. Whenever Genevieve moved to a new town or country she quickly made friends with fellow French expats and was known for hosting casual-yet-chic dinner parties where she prepared exotic French fare including her famous Bœuf Bourguignon, tantalizing Coquilles Saint Jacques, and a dreamy cheese soufflé.
Genevieve is survived by two daughters, Caroline Brass and husband Gilles Perroud of Blanquefort, France and Stephanie Sager and husband Steve of Virginia Beach: a son, Eric Brass and Mary Wagoner of Virginia Beach; a sister, Francoise Masson of Digoin, France; a brother Jean-Louis Masson and wife Francoise of Tours, France: a brother Bernard Masson and wife Josiane of Thiviers, France; a brother Michel Masson and wife Jose of Paris, France; nine grandchildren, Oliver, Tayler, Celine, Sarah, Julian, Madeline, Nicolas , Katie, and Samantha; and a numerous other relatives and friends throughout the U.S. and Europe.

A private memorial service will be held at Princess Anne Memorial Gardens on Saturday, June 5. In lieu of flowers, memorial donations may be given to the National Parkinson Foundation. Cremation Society of Virginia is assisting the family. Online condolences may be offered to the family at www.cremate.org. Genevieve was an extraordinarily intelligent, loving, funny, and generous individual who will be sorely missed by all.

To leave a condolence, you can first sign into Facebook or fill out the below form with your name and email. [fbl_login_button redirect="https://vacremationsociety.com/obituary/genevieve-m-brass/?modal=light-candle" hide_if_logged="" size="medium" type="login_with" show_face="true"]
×