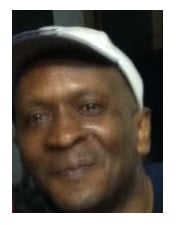 Newport News, VA – Gregory J. Sampson went home to be with the Lord on August 16, 2022. He was born on August 2, 1962 to James and Isa Lillian Sampson, whom both preceded him in death. Gregory spent his early schooling in Germany. He graduated from Killeen High School in Killeen, Texas. He earned his Bachelor of Arts in Music from Houston-Tillotson University. While in college, he pledged Phi Beta Sigma fraternity.

Gregory went on to serve his country for 20 years in the United States Navy, before he retired. He was currently working for the Military Sealift Command, where he had been employed for over 13 years. Gregory loved the seas and was an expert swimmer. His number one  passion was music and he was an accomplished drummer. He also had a special love for his grandchildren.

Gregory lived a wonderful life and spent most of his adulthood travelling around the world with his jobs.

Gregory will be laid to rest n the sea as per his request.

To leave a condolence, you can first sign into Facebook or fill out the below form with your name and email. [fbl_login_button redirect="https://vacremationsociety.com/obituary/gregory-james-sampson/?modal=light-candle" hide_if_logged="" size="medium" type="login_with" show_face="true"]
×