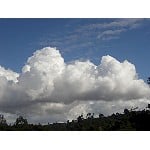 Harold W. Blue Mathis died on June 28, 2010, after a lengthy illness.
Harold is survived by his wife of 64 years, Opha Teddy Mathis; a daughter, Tammy husband Daniel Uren; a grandson, Sean wife Rachel; two great grandsons, Christian and Haiden; two sisters, Barbara Tucker of Lake Isabella California and Betty Jeans of Johnson City Tenn.; sister-in-law, Mary Martin, her children Bill Gage and Nancy Lipford; and two very special extended family members, Margaret Sowers and Alan Anderson.
Harold was employed by the Navy and the Department of the Defense as an Electronics Technician. After his retirement from Civil Service he was employed with Tracor, Inc. and Honeywell. Later he was a carrier for the Virginian Pilot Newspaper and earned the “Carrier of the year Award”.
Harold was a Deacon and later a Honorary Deacon of Lynnhaven Colony Congregational United Church of Christ where he was an active member for over 45 years.
A memorial has been planned for July 18th at 2:00 pm at Lynnhaven Colony Congregational UCC.
The family has requested that in lieu of flowers donations be made to the Lynnhaven Colony Congregational UCC, Memorial Fund, 2217 N. Great Neck Rd., Va. Beach, Va. 23451.
Cremation Society of Virginia is assisting the family, online condolences may be expressed at www.cremate.org.

To leave a condolence, you can first sign into Facebook or fill out the below form with your name and email. [fbl_login_button redirect="https://vacremationsociety.com/obituary/harold-blue-wilson-mathis/?modal=light-candle" hide_if_logged="" size="medium" type="login_with" show_face="true"]
×