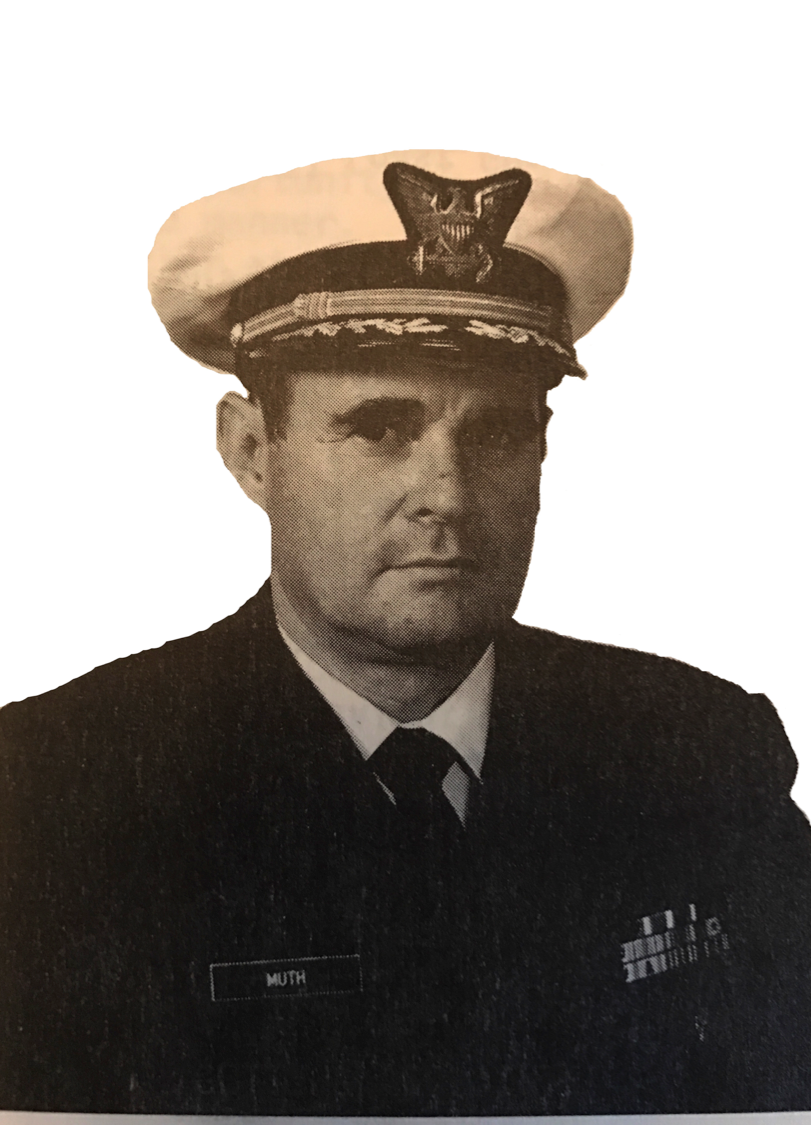 Captain Harold D. Muth, 95, passed away peacefully on 23 February 2017. His wife of almost 74 years, four children, seven grandchildren, nine great grandchildren, as well as many extended family members and friends will miss him. He was born in St. Joseph, Michigan in 1921. He was one of six sons born to Claude and Melania Muth. His parents and his brothers preceded him in death.
He grew up in Chicago, where he fell in love with Doloras Janke, who lived across the street from him. He enlisted in the U.S. Coast Guard in 1941, working his way up from Seaman to Captain, is a career that spanned 34 years. He married Doloras in New York City in March 1943. He served on three vessels during WWII, with tours in both the Atlantic and Pacific theaters. After the war, he served on four other Coast Guard vessels, commanding three of them. He and his family crisscrossed America, making lifelong friends wherever they went. After retiring from the Coast Guard, he worked for American Waterways Operators for eight years, before retiring to Florida in 1983.
In their 26 years in Florida, one of his favorite activities was playing, and later, managing senior softball. Harold and his brother Vic were the nucleus of senior softball in both the Bradenton and Sarasota area. In the 90’s, there might be enough players to have 11 on each team. As time passed, other areas like Longboat Key, Sarasota, and Sun City started forming teams. The initial group of players has now expanded to over 50 teams. What Harold foresaw and started has grown immensely and he would have loved it. Although the number of players who played with Harold has diminished, he is spoken of with great admiration and with great sadness in his passing.
Harold was a gifted storyteller and he had many adventures to share. Most notably, he led the rescue of the only survivors from the sinking of the SS Carl D. Bradley on Lake Michigan in 1958. This story was recorded in the book Fire and Ice: A Tale of Two Wisconsin Tragedies.
A memorial service will be held at Hope Lutheran Church on 05 March at 2:30 pm. In lieu of flowers, memorial donations can be made to the U.S. Coast Guard Mutual Assistance program.

To leave a condolence, you can first sign into Facebook or fill out the below form with your name and email. [fbl_login_button redirect="https://vacremationsociety.com/obituary/harold-d-muth/?modal=light-candle" hide_if_logged="" size="medium" type="login_with" show_face="true"]
×