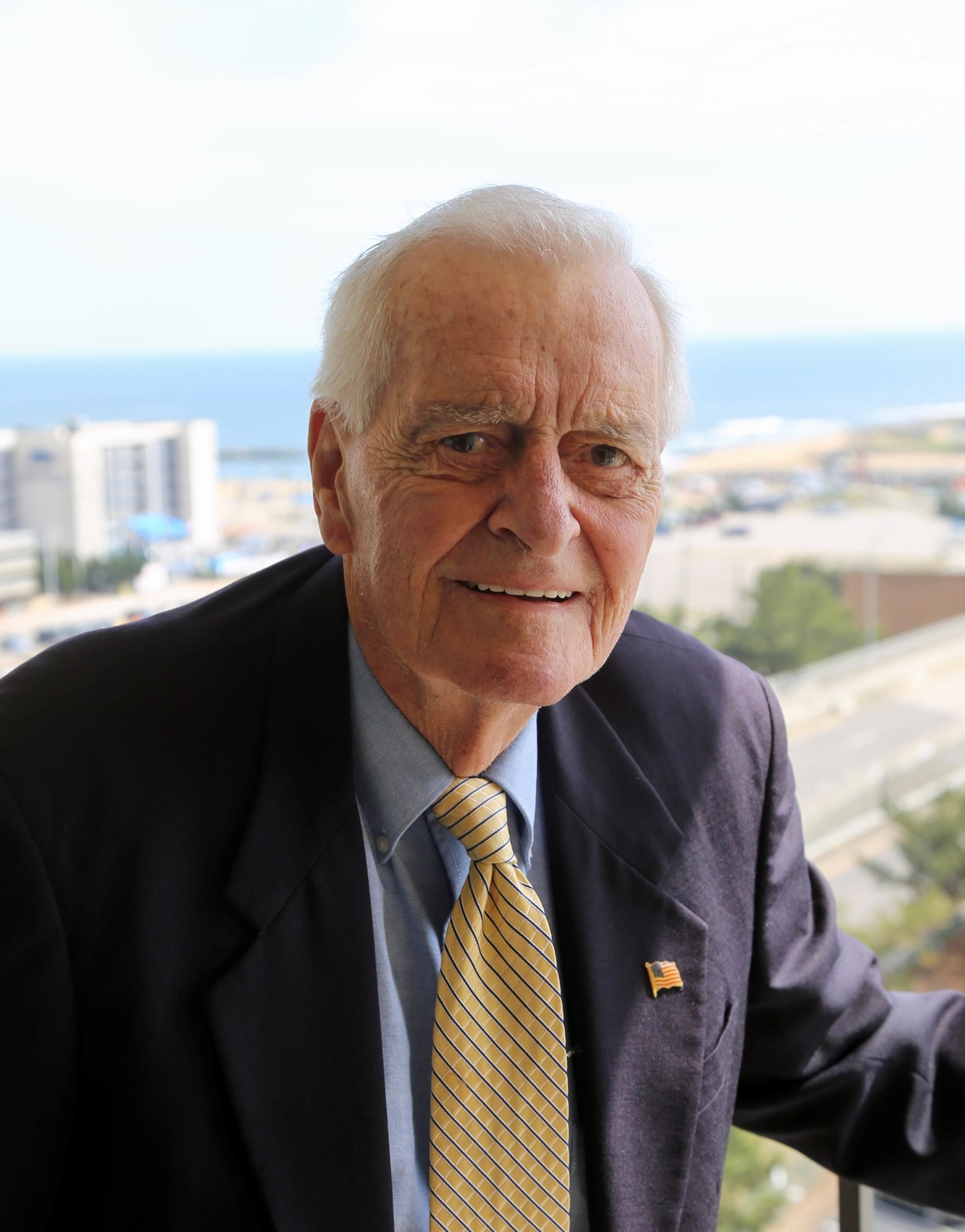 Harold H. McGee, 88, of Virginia Beach, Virginia passed from this adventurous life, as a proud “Ocean View Boy”, into eternal life on February 3, 2022.  As much as we will all miss his amazing smile and never ending stories, we take solace knowing he is reunited with his beautiful bride of 37 years, Patricia, whom predeceased him on February 23, 2021.

Harold was born in Bassett, Virginia on August 26, 1933 to Percy and Carrie McGee.  The family moved to Norfolk, Virginia in 1934.  He graduated from Granby High School, was a member of the wrestling team, and would later attend William and Mary, Norfolk Division.  Harold was a proud Army Veteran and enjoyed sharing stories from his military days.  He also spent some time as a firefighter in Norfolk.

Harold spent his next 40 years in Mortgage Banking.  Although this career kept him busy, he still found time to be a Boxing Promoter at the Norfolk Scope and in Roanoke, Virginia.  He was a past President of the Chesapeake Athletic Club, served on the Board of Directors of Tidewater Professional Sports, and a past member of the Norfolk Sports Club, the Masons, Scottish Rite and Shriners.  His love of the ocean, outdoor air and fishing led him to become a Boat Captain with a 100 ton license.  After retiring from the Mortgage business, he was appointed as a Marriage Commissioner by the circuit court of Virginia Beach, where he served for 22 years, officiating over 8000 weddings.  Harold loved golf, Washington Redskins football, reading, and his view of Rudee Inlet from his balcony.

Harold is preceded in death by his parents, his two brothers, William and Donald, sister Jean Haut, and the love of his life, Patricia. He is survived by his brother, Robert and extended family, and a large bonus family of children, grandchildren and great grandchildren gifted from his marriage to Patricia.

The Cremation Society of Virginia is handling the arrangements and a memorial service will be planned and announced in the near future.  In lieu of flowers, memorial donations can be made in his honor to St. Jude.

To leave a condolence, you can first sign into Facebook or fill out the below form with your name and email. [fbl_login_button redirect="https://vacremationsociety.com/obituary/harold-h-mcgee/?modal=light-candle" hide_if_logged="" size="medium" type="login_with" show_face="true"]
×