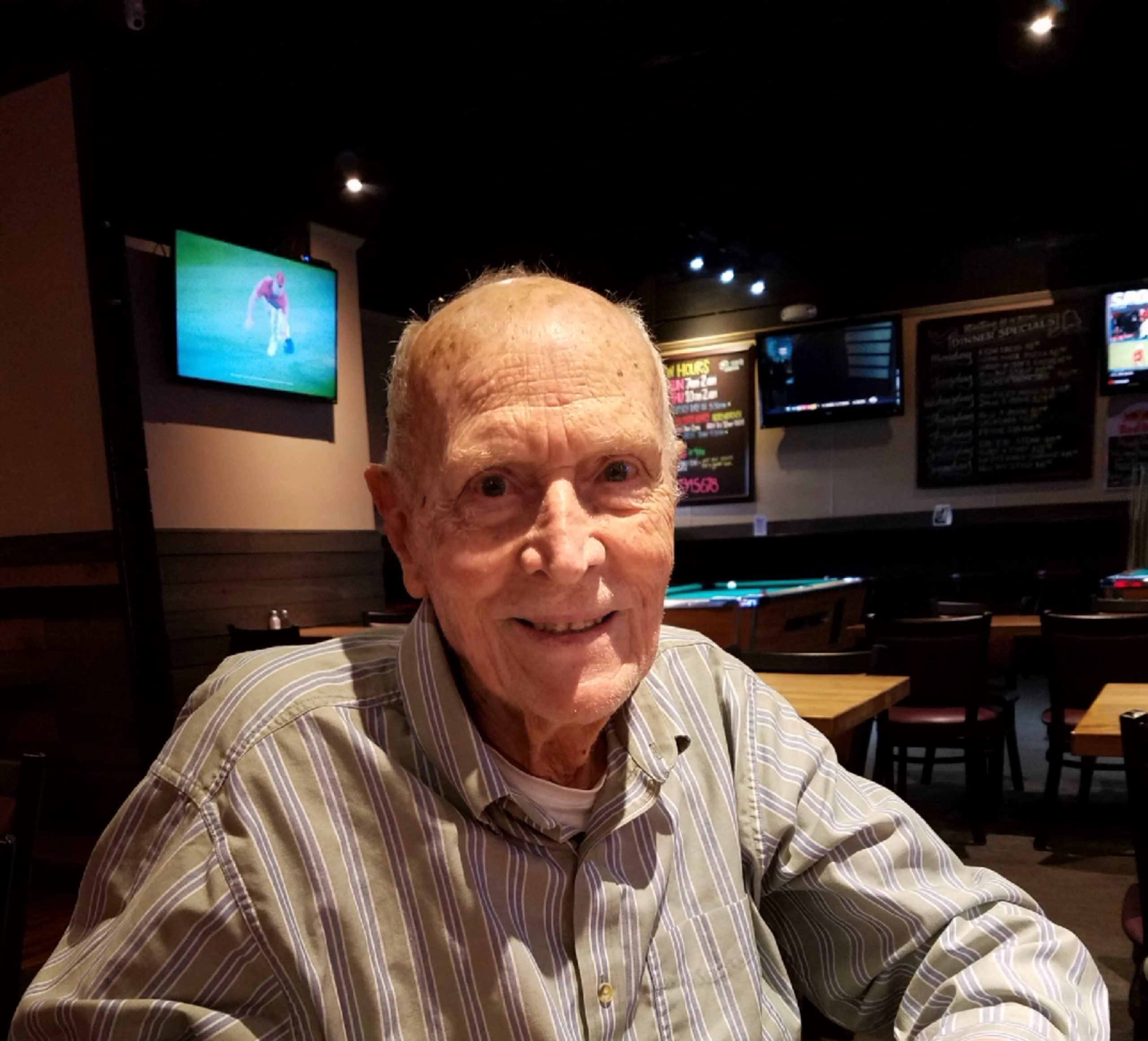 Harvey D. Drennan, 96, passed away on December 6, 2022.  He was born in Mercedes, TX on January 27, 1926 and was preceded in death by his father, Robert Lee Drennan; mother Laura Clementine Drennan; sister, Lottie Bell; brothers, Owen L., Travis Bowman and Howard Kirby; as well as his son, William Drennan.

Harvey joined the Navy 4 days before his 18th birthday in 1944 and became Aviation Ordnanceman.  He retired from the Navy in 1967 as a Chief Aviation Electronics Technician. Harvey often told stories of his military days and specifically about a close call plane flight over Newfoundland.  He went on to become a watch repairman in Virginia Beach and Norfolk working with Sears and other local retail stores. He later moved to NC and owned Drennan’s Antique Auto Parts salvage yard with his two sons for many years.  In his youth he loved fishing and riding motorcycles and in his later years he loved going out to breakfast with his son and watching Westerns on TV, specifically Gunsmoke  with Matt and Kitty.

Left to cherish his memories are his son, Peter and wife Rhonda, grandson Kirby and wife Autumn, great grandson Rhys; daughter-in-law Virginia and many extended friends.

To leave a condolence, you can first sign into Facebook or fill out the below form with your name and email. [fbl_login_button redirect="https://vacremationsociety.com/obituary/harvey-doyle-drennan/?modal=light-candle" hide_if_logged="" size="medium" type="login_with" show_face="true"]
×