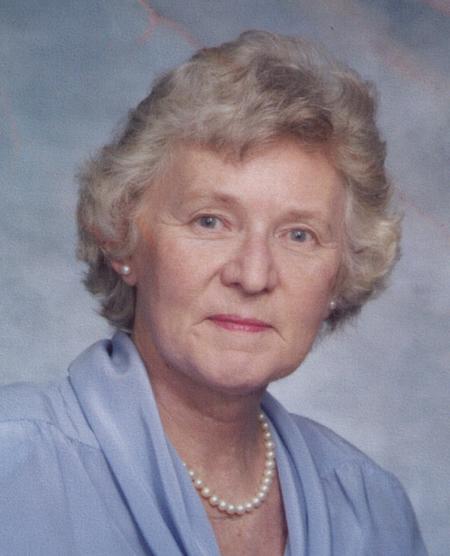 Helen Sperry Guy, 86, passed away on September 1, 2009, at Woodhaven Hall at Williamsburg Landing.

She was born and raised in Cranford, NJ, and graduated from Kent Place School in nearby Summit. She later graduated from Bouvé-Boston College of Physical Education now the Bouvé College of Health Sciences at Northeastern University. In 1944, she married Richard Guy and, following his war time service in the Army, they settled in Cranford to raise a family. From 1964-1969, they lived in Richmond, VA and then returned to their roots in Summit, NJ, where they lived for another 27 years. In 1996, they retired to Williamsburg and lived and were active members of the community at Kingsmill. Helen was active in the Junior League, various local book clubs, garden clubs and dining groups. She was also a member of Williamsburg Presbyterian Church.

Helen was a much loved wife, mother, grandmother and great-grandmother who will be much missed. She is survived by her husband of 65 years, Richard Guy, who continues to live at Williamsburg Landing, by her three children and their spouses: Peter & Betsy Guy of Richmond, VA, Richard & Nancy Guy of Virginia Beach, VA, and Lois & Jim Cody of Jamesville, NY and by six grandchildren and one great-grandchild: Gray Guy and his wife, Rebecca and son Alex, of Arlington, VA; Rebecca Guy Thompson and her husband, Carl, of Richmond, VA, Margaret Helen Guy and Donald Guy of Virginia Beach, VA and Eileen and Christine Cody of Jamesville, NY.

Cremation Society of Virginia, Hampton Roads office is assisting the family. Online condolences may be made at www.cremate.org.

To leave a condolence, you can first sign into Facebook or fill out the below form with your name and email. [fbl_login_button redirect="https://vacremationsociety.com/obituary/helen-s-guy/?modal=light-candle" hide_if_logged="" size="medium" type="login_with" show_face="true"]
×