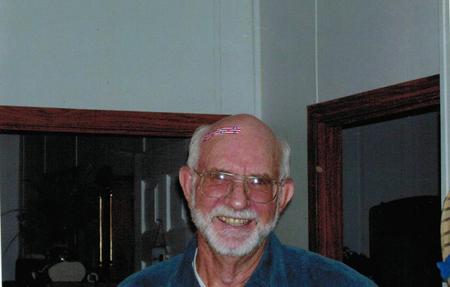 Radioman Master Chief Henry G. Blanchard Jr. proudly served our country for 35 years in the USN and entered eternal rest on June 8, 2013. His devoted son Peanut, Larry and daughter in law Kathy were at his side. During his years of Military service, RMCM Blanchard served on the personal staff of Navy Admirals McDonald, Trane and Tross. He was also the Command Master Chief of CINCLANT Fleet, and Chief of Naval Operations. He is preceded in death by his mother and father Lillie Mae and Henry G. Blanchard Sr., and a brother George Donald Blanchard.
He is survived by his son Larry “Peanut” and daughter in law Kathy Blanchard, daughter Judy Miller George, twin daughters Lena and DeDe Ulses, two estranged children Charles and Sheryl. He is also survived by sisters Betty Blanchard Rooks Lewis, Joyce Faye Blanchard Ezzell Lloyd, brothers Alton Ray Blanchard Beverly and James Ronald Blanchard Jean and many grandchildren and great grandchildren, including grandson Mike Blanchard and little Miss Alanna Hodge who brought him great joy and comfort in his battle with Alzheimer’s, and nieces and nephews. He also leaves behind his very close friend and long time business partner Jeffrey Riddle and wife Andrea of Virginia Beach, and his two beloved “couch buddies” Willow the dog and Asia the cat. In lieu of flowers the family asks that donations be made to the Alzheimer’s Association of the Norfolk Animal Care Center.
The family will receive guests at Altmeyer Funeral Home in Virginia Beach, VA Monday, June 17 from 6pm-8pm. The funeral service with Military Honors will be held at Altmeyer Funeral Home on Tuesday, June 18th at 3pm. Cremation Society of Virginia is assisting the family. Online condolences may be expressed at www.cremate.org.

To leave a condolence, you can first sign into Facebook or fill out the below form with your name and email. [fbl_login_button redirect="https://vacremationsociety.com/obituary/henry-g-blanchard/?modal=light-candle" hide_if_logged="" size="medium" type="login_with" show_face="true"]
×