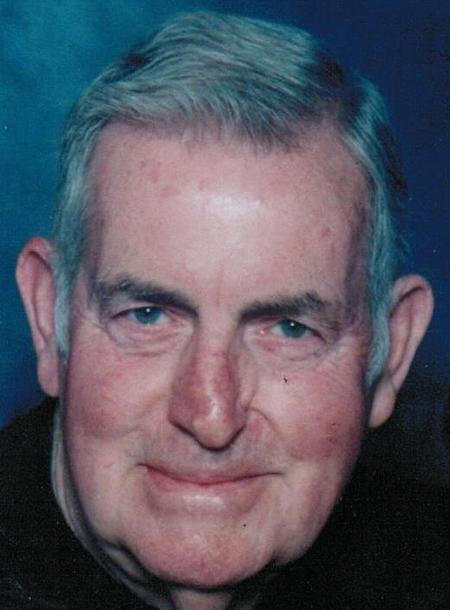 Howard Henry Holman, Jr. age 84, of Va Beach passed away on Thursday, Aug. 8, 2013 at home with his family by his side. He was born Dec. 21, 1928 in Norfolk, VA. to Howard Henry Holman Sr. and Alice G. Francis. He grew up in Norfolk and was the marble champ of Campostella at age 10. He was a graduate of Maury High School in 1946 and joined the Army at age 17, serving his country in Korea.
Howard met his lifelong love Patsy when he returned home. They were married in 1952 and had two children Cathy and Larry. He was in mobile home sales for most of his career and later became a police dispatcher at Little Creek.
He was a member of All Saints Episcopal Church and a member of the Va. Beach Beach-Comber Kiwanis. Howard loved playing golf, watching the Redskins, baseball and most of all walking his dog, Sammy. Together Pat and Howard enjoyed raising their family on the Bay.
He was predeceased by his wife Pat Holman and two sisters Dorothy and Helen. He is survived by his daughter Catherine Church Charles, son Lawrence Holman Lynn and 4 grandchildren Charlie, Chris, and Collin Church, Josh Hicks and numerous nieces and nephews.
The family will celebrate Howard’s life with a memorial service at All Saints Episcopal Church, 1969 Woodside Ln., VA Beach, 23454 on Tues., Aug. 13th at 11 a.m.
In lieu of flowers, donations may be made to the American Cancer Society. Online condolences may be expressed at www.cremate.org.

To leave a condolence, you can first sign into Facebook or fill out the below form with your name and email. [fbl_login_button redirect="https://vacremationsociety.com/obituary/howard-h-holman-jr/?modal=light-candle" hide_if_logged="" size="medium" type="login_with" show_face="true"]
×