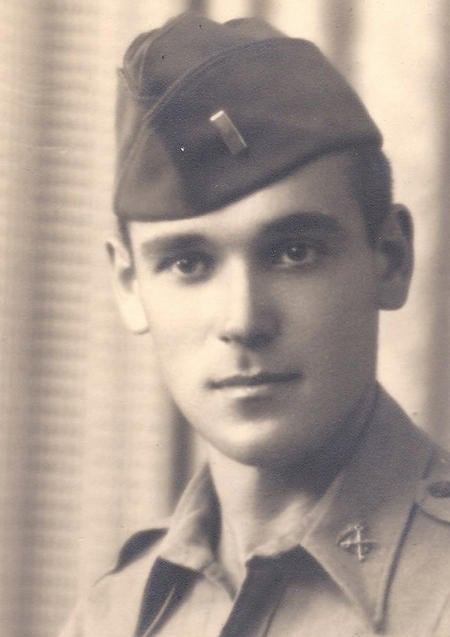 Hugo Horvath, 93, passed away peacefully March 22, 2011. Mr. Horvath was born in New York City January 11, 1918 to the late Lawrence and Regina Weiss Horvath. As Army Lt. and Infantry Unit Commander in African and European Campaigns he made Amphibious Landings including Anzio and was a member of Anzio Beachhead Veterans of World War II, Inc. He was a member of the American Spice Trade Association. He was an artist at heart, his passions were his family and music.
He is survived by his wife of 62 years, Marilyn Daube Horvath, his children Laurence wife Dell Horvath, Adrienne Hank Fabich, Sandor Horvath, 5 grandchildren: Chase, Bryce, Adia and Amy Horvath and Hilary Fabich, and a sister, Priscilla Prettner and nephew Edward Prettner wife Gerry. Interment will be at Albert G. Horton, Jr. Memorial Veterans Cemetery in Suffolk, VA. Online condolences may be made to the family at www.cremate.org.

To leave a condolence, you can first sign into Facebook or fill out the below form with your name and email. [fbl_login_button redirect="https://vacremationsociety.com/obituary/hugo-horvath/?modal=light-candle" hide_if_logged="" size="medium" type="login_with" show_face="true"]
×