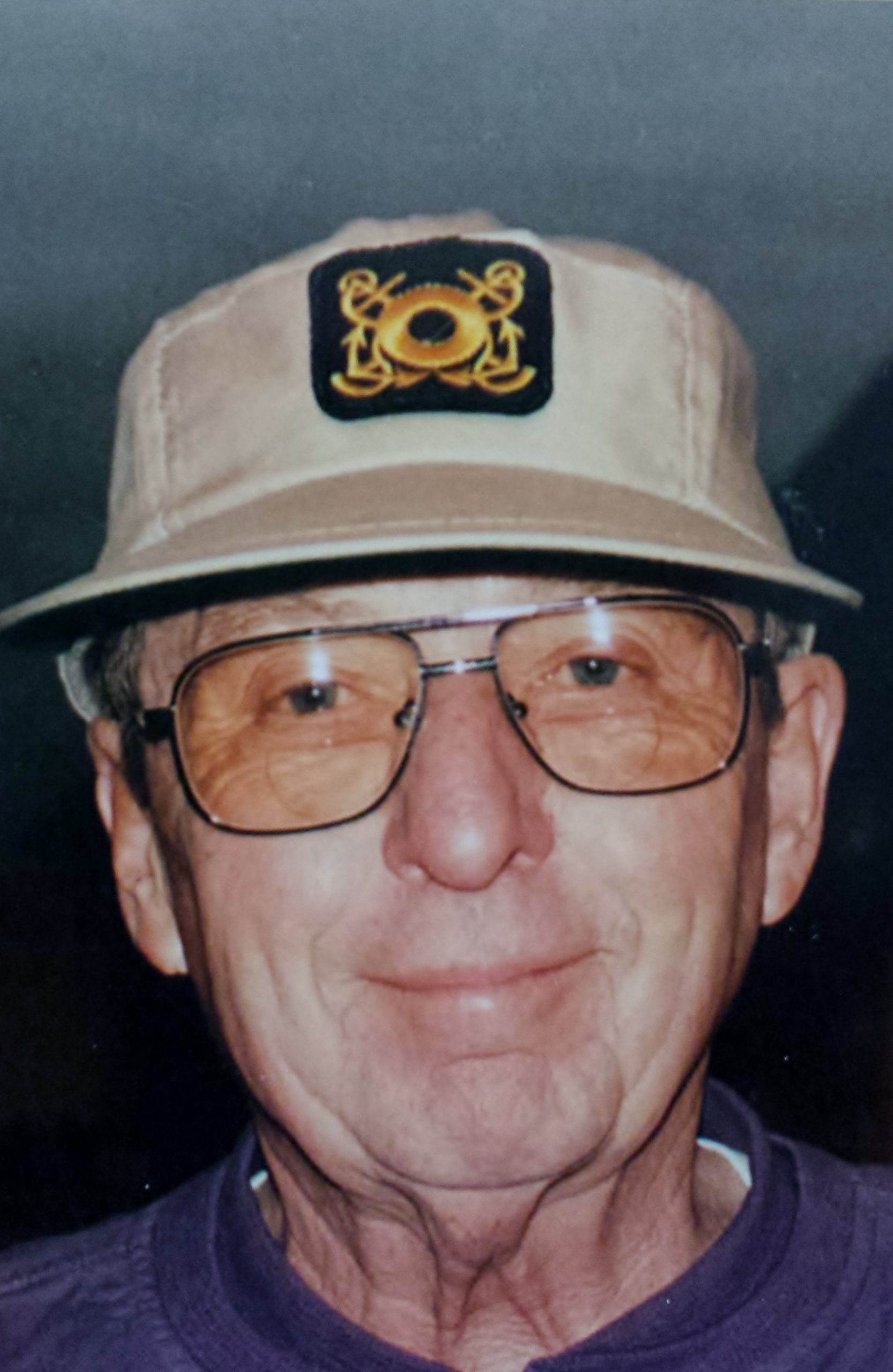 Virginia Beach – James Burrell Saunders, 87, passed away on February 10th, 2015. Born in Charlotte, NC to the late Lloyd Saunders and Grace Whitehorn Saunders. He was predeceased in death by his brother Lloyd Saunders and wife Hazel; sister Jeanne S Wright and husband Robert; brother in-law James B. Daugherty.
Jim was veteran of the US Coast Guard in which he served in the late 1940’s. He then worked as an Insurance Agent before retiring after 35 years. He was a member of the Va Beach Power Squadron, Va Beach Yacht Club and Cavalier Yacht Club. He and his wife were avid boaters and loved to travel on their boat “JJ” to many different locations along the waterways of the east coast. Boating was his passion, but his true dedication above all else was his wife and family. He touched each and everyone’s life with his wisdom, love and laughter.
He is survived by Jane Lee, his beloved and cherished wife of 60 years, son James Michael Saunders and wife Shaine, his two daughters: Victoria Lee Saunders, Dianne M Henry and husband Christopher, six grandchildren: Jennifer Rivera and husband Eric, Laura Ilvento and husband David, Tiffany Payne and husband Jeff, Stefanie Saunders, Eric Henry and wife Jackie, Steven Saunders; five great grandchildren, 2 great great grandchildren; sister in law Janie Daugherty and numerous nieces and nephews.
A celebration of Jim’s life will be held February 21, 2015 at 1:00 pm at Saint Aidan’s Episcopal Church. In lieu of flowers, memorial donations can be made to the American Veterans Association. Cremation Society of Virginia is handling the arrangements. Online condolences may be expressed to www.cremate.org.

To leave a condolence, you can first sign into Facebook or fill out the below form with your name and email. [fbl_login_button redirect="https://vacremationsociety.com/obituary/james-burrell-saunders/?modal=light-candle" hide_if_logged="" size="medium" type="login_with" show_face="true"]
×