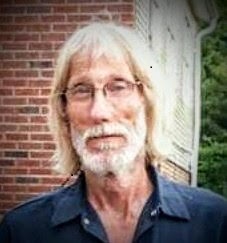 Saluda – James David “Mimmy” Stump, 69, was called home to glory March 25, 2022 at his home in the care of hospice, surrounded by his loving family.

Jimmy was born July 19, 1952, two months early at three pounds. This is when he showed the world he was a fighter and soldier.

Jimmy graduated high school and went on to be a jack of all trades, and a master of none.

He retired from B & W transmission ten years ago and lived out his life on his farm with his little brother Michael.
Jimmy was preceded in death by his parents, Harry and Elsie (Martin) Stump and his sister Sandra Stump.
Left to cherish his memory are two sisters, Joyce Ferguson (James) and Cathy Adkins (Joe) both from West Virginia and four brothers, Wayne Stump (Jean) from Georgia, Gary Stump (Rachelle) from Korea, Jeffrey Stump from Alabama, and Michael Stump from Virginia.
Although Jimmy never had children of his own, he became “Mimmy” to three special little people that he helped groom, teach, and love. Joshua, Jacob and Katlyn Stump was his world. They will always cherish their “Mimmy”
The family will be having a private memorial to celebrate our beloved brother, uncle, cousin, friend, and our “Mimmy.”

Cremation Society of Virginia assisted the family with arrangements.

To leave a condolence, you can first sign into Facebook or fill out the below form with your name and email. [fbl_login_button redirect="https://vacremationsociety.com/obituary/james-david-stump/?modal=light-candle" hide_if_logged="" size="medium" type="login_with" show_face="true"]
×