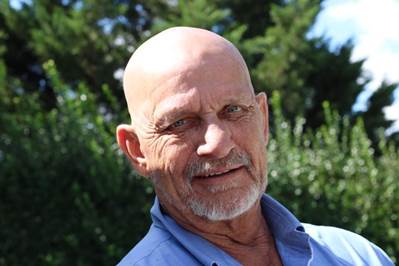 James Franklin (Frank) Wallace III, 72, of Virginia Beach passed away surrounded by family on December 6, 2022 after a tough fought battle with cancer. Frank was born August 6,1950 in Wilmington NC to James and Maxine Wallace and graduated from Princess Ann High School in Virginia Beach.

He served in the Navy for several years then went on to work as a contractor for the navy as a machinist. After leaving the Navy he worked for the City of Virginia Beach in several different positions through the years until his retirement in 2020.

He had a strong faith in God and loved spending time with friends and family whenever he could, especially his grandkids. Exploring his family history and making connections with lost relatives brought him joy. He loved traveling and wanted to get as much in as he could. In 2018 he explored Ireland with family and in October 2022 went to the Florida Keys and snorkeled with manatee. He also had many fond memories of going to ‘the country’ (Moyock, NC) with his boys and most of the time a friend or two.

Frank was predeceased by his parents and son Brian. He is survived by his son, Randy Wallace and wife Kari of Stephens City, VA, daughter-in-law Margaret McGrogan of Virginia Beach, VA and 4 grandchildren – Liam and Abby of Virginia Beach, VA and Caden and Gavin of Stephens City, VA. He is also survived by Bella Duncan who was like a granddaughter to him and his sister Debbie Brinkley and her family.

A memorial service will be held at Foundry United Methodist church on January 14th at 12pm with a reception to follow.

To leave a condolence, you can first sign into Facebook or fill out the below form with your name and email. [fbl_login_button redirect="https://vacremationsociety.com/obituary/james-franklin-wallace-iii/?modal=light-candle" hide_if_logged="" size="medium" type="login_with" show_face="true"]
×