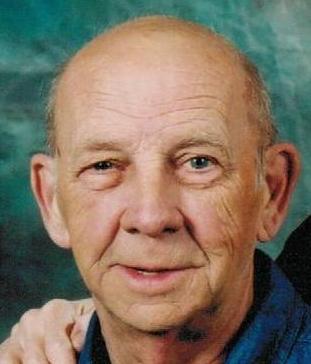 James N. Davis, 82, passed away on September 7, 2013. His wife of 45 years, Mary M. Davis, preceded him in death in 2012. He grew up in Brentwood MD and was born to the late Prynse Xavier Davis and Ilane Pabst Davis.
Jim had a great sense of humor and was a kind-hearted person. He was a foster parent for many years. He had an amazing work ethic and worked until age 81. He had a variety of talents that included gardening, carpentry, and candy making to name a few. He served in the U.S. Coast Guard from 1948-1952. He loved Nascar and was a Redskins fan.
He is survived by his daughters Cheryl Wilson, Angela Leveridge, and Eva Wilson John; sons Mark Batdorf and Wayne Batdorf Linda; grandchildren Carl, Christopher, Melissa, Melanie, Tara, Emily, and Claire; great-grandchildren Trena, Alysa, Aleena, Kira, Chloe, Teaghan, Coleton, and Cataleya; brothers Gerald Davis and Richard Davis both of Nashville NC and Theodore Davis of Albequerque NM; niece Karen Murth of St. Louis MO and other extended family.
The family would like to thank the nursing staff at Bayside Healthcare and Rehabilitation in Va Beach and doctors and nursing staff at Norfolk General Hospital for their wonderful care and kindness during his illness.
A memorial service will be held at Altmeyer, 5792 Greenwich Rd. Va Beach, Sat. Sept 21st at 3pm. In lieu of flowers, donations may be made to Multiple Myeloma Research Foundation. Cremation Society of Virginia is handling the arrangements. Online condolences may be expressed at www.cremate.org.

To leave a condolence, you can first sign into Facebook or fill out the below form with your name and email. [fbl_login_button redirect="https://vacremationsociety.com/obituary/james-n-davis/?modal=light-candle" hide_if_logged="" size="medium" type="login_with" show_face="true"]
×