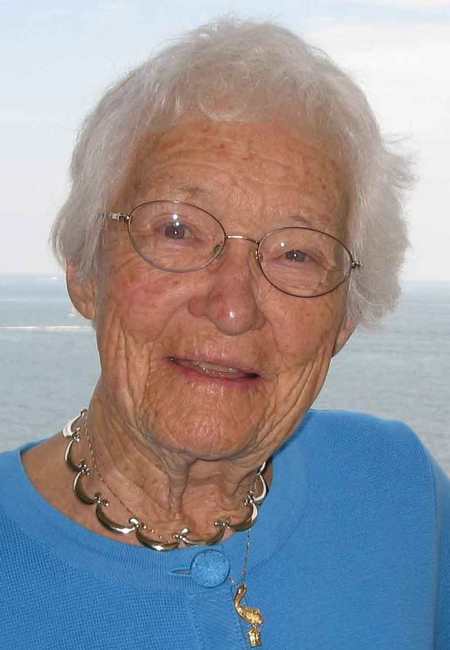 Janice Harriet McGowan Davis, 89, died on August 31, 2010 in Virginia Beach, VA after a brief hospitalization . She is the widow of Capt. Edward S. Davis, Jr. who preceded her in death after 62 years of marriage.

“Jan” was born in Wollaston, MA to Beulah Wood McGowan and Frank Mitford McGowan. She graduated from North Quincy High School in 1938, Wellesley College in 1942, and Katharine Gibbs Secretarial School in 1943.

She married Edward S. Davis, Jr. on November 4, 1944 in the Wollaston Congregational Church, Quincy, MA and for 62 years she accompanied him all over the United States wherever his maritime career took him and they settled permanently in Virginia Beach, VA. She was a founding member of the Society of Mayflower Decendants in Vero Beach, FL and the Daughters of the American Revolution, Vero Beach, Fl and the Adam Thorogood chapter in Virginia Beach. She was passionate about dancing, playing bridge, and following the stock market.

A memorial service will be held at Kings Grant Presbyterian Church in Virginia Beach on Saturday, September 11, 2010 at 4:00PM. Cremation Society of Virginia, Virginia Beach, is handling cremation arrangements and interment will be in Woodlawn Cemetery, Syracuse, NY, where she will lie eternally with her beloved husband Edward.

In lieu of flowers, donations may be made to the Youth Mission of the Kings Grant Presbyterian Church, 745 Little Neck Road, Virginia Beach, VA 23452. Online condolences may be expressed at www.cremate.org.

To leave a condolence, you can first sign into Facebook or fill out the below form with your name and email. [fbl_login_button redirect="https://vacremationsociety.com/obituary/janice-m-davis/?modal=light-candle" hide_if_logged="" size="medium" type="login_with" show_face="true"]
×