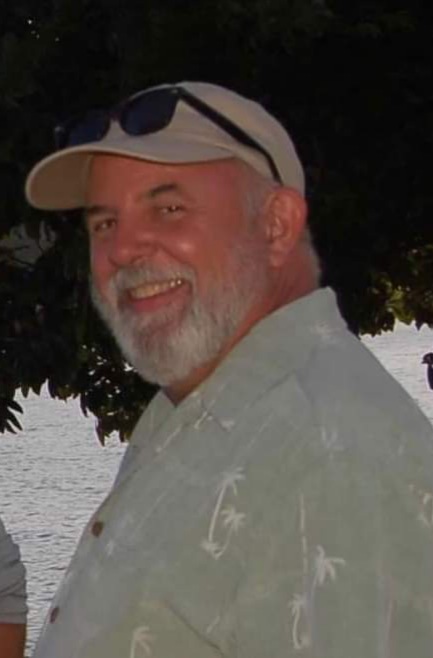 Jesse Gewin Alspaugh III passed unexpectedly on May 15th 2022 from a cardiac event at the age of 61. Born and raised in Portsmouth Va he was known by many names; Jesse, Jay, JBird, Little Jake, Dr Jay, Jaysus, Dad and Old Man. Always recognized for his antics, both legal and illegal he was a true character. He played football as a center at Norcom High School and graduated in 1979. He went on to get a mechanical engineering degree from Virginia Tech in 1984 as a proud member of the Loungers. After graduation he went to work at Norfolk Naval Shipyard as a “legendary” Nuclear Engineer. He retired after 32 years of service ending his career as the Occupational Safety, Health, and Environmental Director. He had started to enjoy retired life: having time to volunteer with Nansemond River High School’s football team, play more ZZTop air guitar solos, taking trips to watch more Hokie football, beach weeks and time to float in the pool.  The number of lives he touched is only measurable by the number of stories and laughs people have to share because of him. He is survived by his wife Barbara Alspaugh, his children Hailey, Madelyn, Jesse and son in law Ryan Fry as well as his two sisters, Cameron Eagle and Melissa Pittman and their families Bob Eagle, Jennifer Eagle, Allison Eagle and Noah Pittman. A memorial service will be held on June 3rd 2022 starting at 12:00pm at Alive Church; 1935 Jolliff Rd Chesapeake Va 23321 followed immediately by a celebration of life; 2:00pm at Obici House at 4700 Sleepy Hole Rd Suffolk Va 23435.

In lieu of flowers, donations can be made to Suffolk Fire and Rescue (more information directly below).

Checks can be written to:  Jeff T Messinger Fund
Memo of check can either read:  “in memory of Jesse Alspaugh III” or “Station 5”
Mailed to:  300 Kings Fork Rd, Suffolk, VA 23434
Attention:  Pam King

To leave a condolence, you can first sign into Facebook or fill out the below form with your name and email. [fbl_login_button redirect="https://vacremationsociety.com/obituary/jesse-gewin-alspaugh-iii/?modal=light-candle" hide_if_logged="" size="medium" type="login_with" show_face="true"]
×