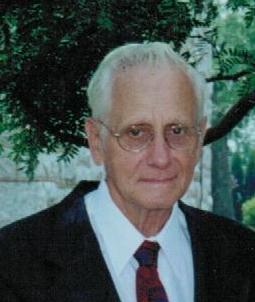 Virginia Beach – John Albert Carlson Jack, 83, passed on February 14, 2013. Jack was raised in Clymer, PA. He retired from the Navy in 1973. Following his Navy career, he retired after 15 years from Dominion Virginia Power.
Jack was a member of the Fleet Reserve Association. Left to cherish his memory is his wife of 61 years, Demaris; sisters, Jean Bell and Marion Howl; brother, Carl Carlson; two sons, Ron and wife Connie Carlson, and Brian and wife Ginnine Carlson; daughter, Carrie Carlson; four grandchildren and one great-grandchild.
Memorial Service will be held at Altmeyer Funeral Home, 5792 Greenwich Rd., Va Bch, VA 23462 on Saturday, February 23, 2013 at 11am. In lieu of flowers, memorial donations may be made to the Alzheimer’s Association. Cremation Society of Virginia is handling the arrangements. Online condolences may be expressed to www.cremate.org.

To leave a condolence, you can first sign into Facebook or fill out the below form with your name and email. [fbl_login_button redirect="https://vacremationsociety.com/obituary/john-albert-carlson/?modal=light-candle" hide_if_logged="" size="medium" type="login_with" show_face="true"]
×