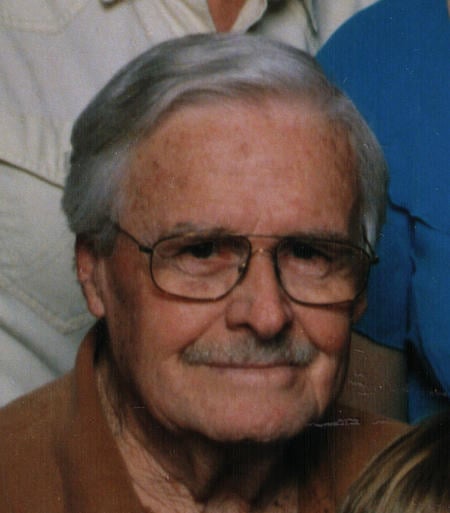 VIRGINIA BEACH – John Charles “Charlie” Cherry , 78, passed away peacefully Monday, July 27, 2009. Born July 2, 1931, in Norfolk, Virginia, the son of the late Viola Russell and James William Cherry, Sr. He was predeceased by his step-brother, Russell Price; brother, James Cherry, Jr., and sister, June Blessing.
Charlie attended Maury High School. He served the Army National Guard, honorably discharged in 1964 as Master Sergeant, 29th Infantry Division Artillery. He was the owner of John Senter’s TV in Virginia Beach until retiring in 2002.
Charlie was a long time member of the United Hunt Club in Southhampton County, active member of the Virginia Beach Shag Club, and formerly a member of the Tidewater Council, Boy Scouts of America where he received his Vigil honor in the Order of the Arrow.
He was a great man and his memory will be cherished by all.
He is survived by his three loving children: sons Craig and wife Marina; Timothy and wife Julie; daughter, Suzy Brophy and husband David; seven grandchildren; his sister, Peggy, and brother, Meredith and wife Sally.
In remembrance, family will receive friends from 4 p.m. to 8 p.m. on Saturday at his home of 47 years, 1316 Lakeside Road, in Virginia Beach. Cremation Society of Virginia, Hampton Roads office, is assisting the family. View and sign register book at www.cremate.org.

To leave a condolence, you can first sign into Facebook or fill out the below form with your name and email. [fbl_login_button redirect="https://vacremationsociety.com/obituary/john-charles-cherry/?modal=light-candle" hide_if_logged="" size="medium" type="login_with" show_face="true"]
×