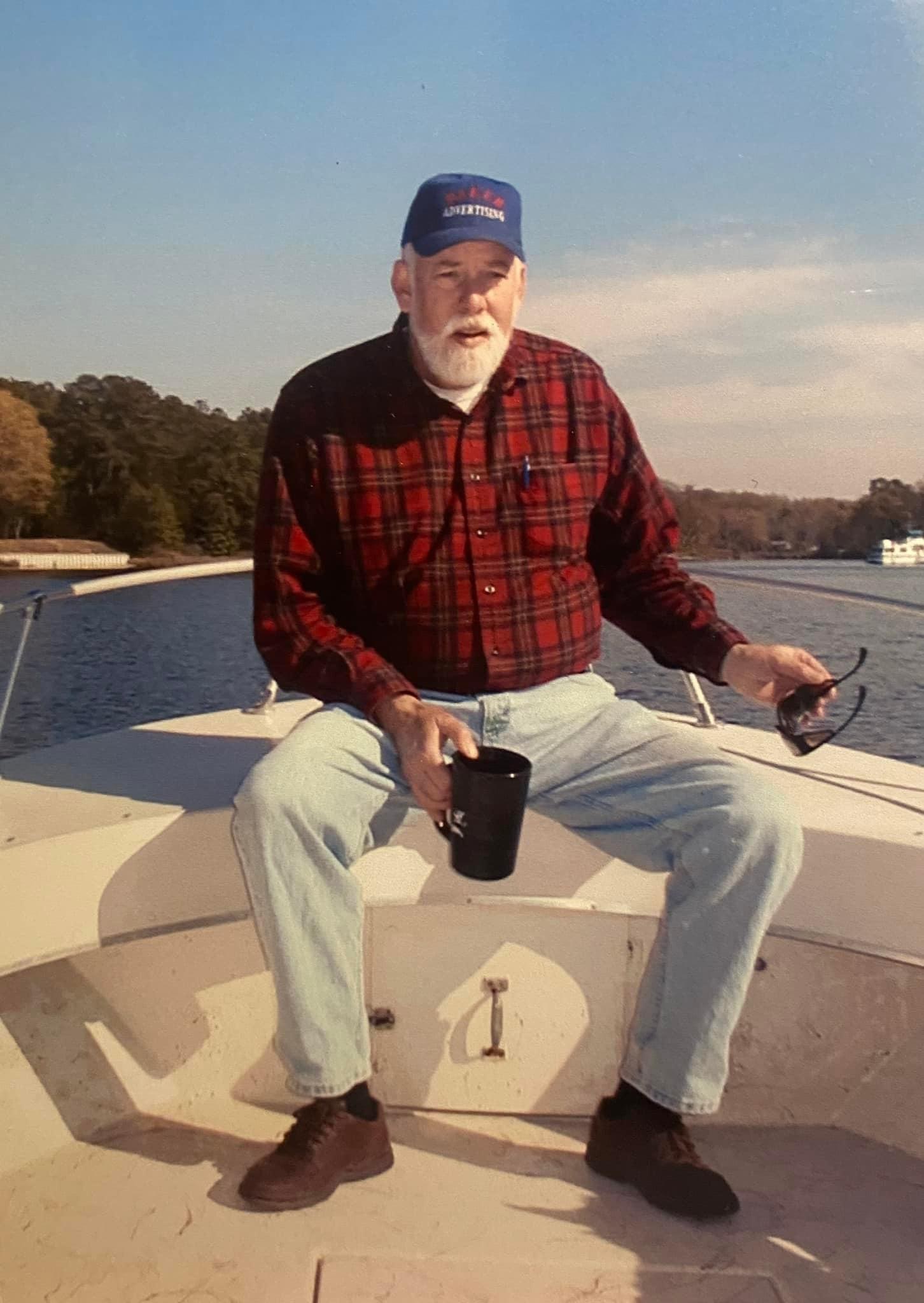 Joseph Hoskins Baker III
February 24, 1945 - May 14, 2022
Print
Email
Joseph Hoskins Baker III was born in Norfolk, VA February 24, 1945 to Joseph Hoskins Baker, Jr. and Frances Via Baker, and died peacefully at home in Mathews, VA May 14, 2022.
He is survived by his wife and caregiver, Sabine Baker; his daughters, Michelle Bell and Christina Baker; his granddaughter, Angelina Lynchesky, and his sister, Joan Curtis.
He lived for being on the water, something he passed on to both daughters. An avid fisherman, he knew all the secret flounder spots in the Mathews area. He loved severe weather and tracking storms; he always counted the seconds between rumbles of thunder to track how close the storm was, and with excitement, shared that with his family. He had a pure joy in music, even in his later years when dementia had taken its toll and he couldn’t remember close friends and family. He was always calmed by musical artists such as The Beatles, Creedence Clearwater, Ray Charles, and the Rolling Stones. He was a people person and loved to strike up conversations with people near and far. Travelling through an airport in London he ran into someone he knew from his service days and struck up a conversation without missing a beat. He was a salesman, a magistrate, and a marriage commissioner.  Through these he knew just about everyone in the Gloucester/Mathews area and beyond.
The disease of Alzheimer’s is devastating, currently impacting 6.5 million people in the United States.  Leading to losses of memory and cognition, as well as behavioral changes, the disease takes a severe toll not just on the patient but their loved ones and caretakers as well.
In lieu of flowers, the family requests donations in support of research to help end this disease at https://alzfdn.org/support-us/donate/
Cremation Society of Virginia-Newport News assisted the family with arrangements.

To leave a condolence, you can first sign into Facebook or fill out the below form with your name and email. [fbl_login_button redirect="https://vacremationsociety.com/obituary/joseph-hoskins-baker-iii/?modal=light-candle" hide_if_logged="" size="medium" type="login_with" show_face="true"]
×